The Inglis Easter (Round 2) Yearling Sale heralds the return of live action to Riverside Stables this Sunday and among the early highlights is Star Turn’s half-sister to Vanna Girl.

Catalogued as Lot 11 from Vinery Stud, she is one youngster who has benefited from the delay caused by COVID-19.  Post-Easter, Vanna Girl (Husson) has upgraded their pedigree page winning the Doomben Guineas LR, Pam O’Neill Stakes LR and The Roses Gr.2 at the Brisbane winter carnival.

Vinery sold Vanna Girl (as agent) for $40,000 at the 2018 Inglis Classic Yearling Sale and it’s safe to say her Star Turn half-sister to will better that price-tag on Sunday.  “She is generating a lot of interest and is probably a bit more forward than Vanna Girl at the same stage,” Vinery’s bloodstock manager Adam White said.  “And being by Star Turn, you would expect her to get up and go a bit earlier.”

Star Turn was among the fastest 2yo colts of his generation, winning a Randwick October nursery with a superior turn of foot, and he returned as a spring 3yo with a dominant performance in the San Domenico Stakes Gr.3 at Rosehill.

Sent to Melbourne, he produced another sizzling burst of acceleration to dominate the Schillaci Stakes Gr.2 at weight-for-age against older horses at Caulfield.  And he didn’t dodge a soul the following autumn with Group 1 placings as the only colt of his generation to take on older sprinters down the straight-six at Flemington.

The first-crop Star Turns are already impressing in the lead-up to 2020-21.  His filly from Garden Of Eden (Blackfriars) was a $110,000 buy at the Inglis Melbourne Premier Sale for agent Suman Hedge on behalf of trainer Andrew Noblet and Carbine Thoroughbreds.

“We were really happy to secure this rocket-ship by Star Turn,” Hedge said.  “She’s an athletic filly with lots of power and we expect this girl will race early and be very fast!”

Noblet concurred:  “We just had to have her.  The speed and strength of Star Turn really shows in her powerful frame.”

Following her first day’s work at Pakenham last week, Carbine Thoroughbreds manager Julian Hay said:  “The young ones are usually overawed but she wasn’t fazed.  She’s a beautiful mover with a great attitude.  I’ve got no doubt she will be an early 2yo.”

Star Turn has two colts beside the half-sister to Vanna Girl in the first hour of trade at Easter 2 this Sunday.  Lot 17 from Kia-Ora is a half-brother to Wellington (All Too Hard) who is a Finalist for Griffin of the Year in Hong Kong.

Their dam Mihiri is a stakes performed daughter of More Than Ready as is Vinery’s colt from More Radiant (Lot 21).  The latter has a 2yo pedigree through close relations Amelia’s Dream (Silver Slipper Stakes Gr.2) and Shalt Not (Doomben Slipper LR).

Star Turn has five fillies and a colt entered for the Scone Yearling Sale at Riverside Stables on Sunday.  Vinery’s colt in the later session from Madame Zara (Lot 342) is the second foal of a half-sister to South African Group 2 winner Tamaanee.

The Vinery consignments for Easter 2 and Scone Yearling Sales will be available for inspection on Wednesday at Riverside Stables. 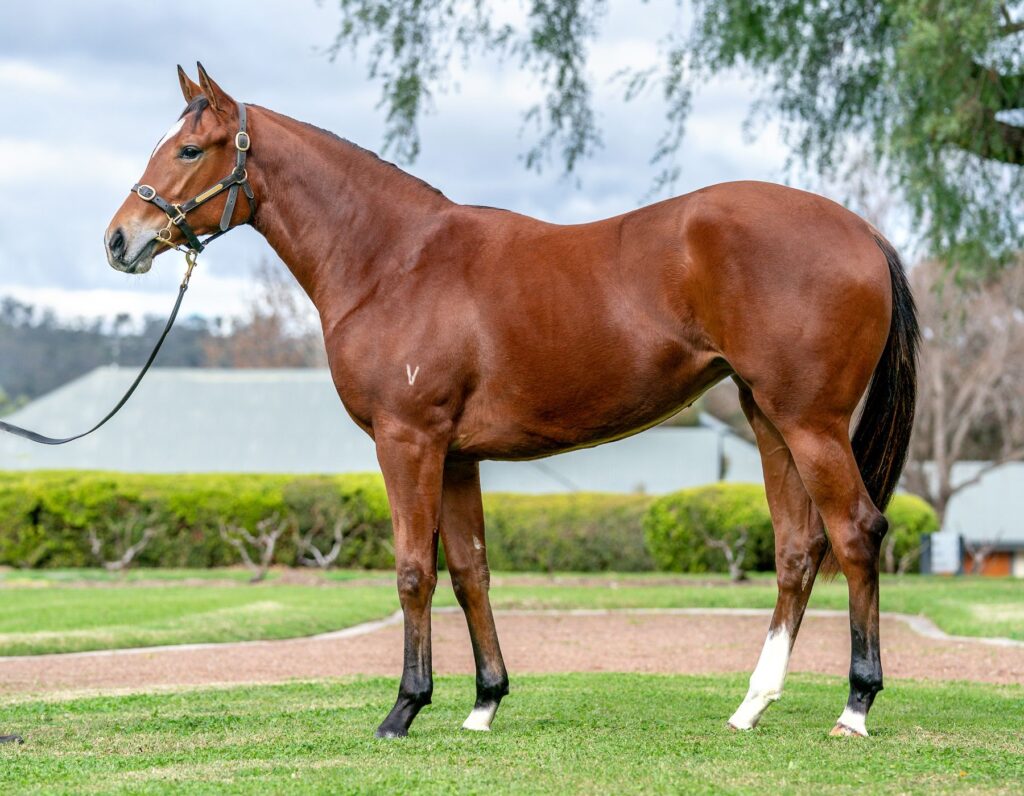