New Zealand trainer Stephen Marsh paid $650,000 for a Zoustar filly to ensure Vinery Stud started Day 2 of the Inglis Easter Yearling Sale where it left off on Day 1.

Vinery was top vendor when averaging $619,000 on Tuesday and the signs were positive during Wednesday morning’s trade at Riverside Stables.

Catalogued as Lot 252 by Vinery (as agent), the Zoustar filly from British-bred mare Lady Oracle (Medaglia d’Oro) has everything you want in a yearling according to Marsh.  “She is a class-act and has got it all together.  She’s an athlete and is the best walking filly you’re likely to see.

“It’s best to stick with what you know and we know Vinery.”

Marsh has winning link with Vinery having purchased La Bella Beals from its consignment at the 2020 Inglis Melbourne Premier Yearling Sale.  The 3yo daughter of Vinery sire Star Turn will cross the Tasman for the Brisbane carnival after running in the T W Moore Stakes (1400m) at Arawa Park this Saturday.

“She won first-up at Tauranga last month and has been going great since then,” Marsh said.  “This Saturday’s race is at set-weights with penalties and she’s drawn the rails.  She’s a big, strong girl and should handle 58.5kg.”

Marsh weighed in with another $180,000 for a Merchant Navy filly out of O’Reilly Cyrus (Lot 326).  She is from a half-sister to the dam of La Bella Beals who has won three of her last five starts together with a Group 3 placing in the Bonecrusher Stakes.

Vinery’s Kiwi connection continued on Day 2 when its All Too Hard – Manasari filly (Lot 272) sold for $320,000 to trainer Jamie Richards on behalf of Trelawney Stud’s Brent & Cherry Taylor.

“She ticked all the boxes for a filly within that price range,” Cherry Taylor said.  “Jamie liked her.  She’s a lovely walker and looks a strong, early-runner.  We liked the pedigree, too.”

Representing the successful All Too Hard – More Than Ready cross, she is the first foal of a half-sister to Japanese Group 3 winner Fiano Romano (Fastnet Rock) and the dam of Santa Anita Group 2 winner Ain’t Easy (Into Mischief).

The Taylors have 35 yearlings at Trelawney and fillies like the All Too Hard have been bought with a view to one day becoming broodmares at a farm steeped in history going back to the 1930s. 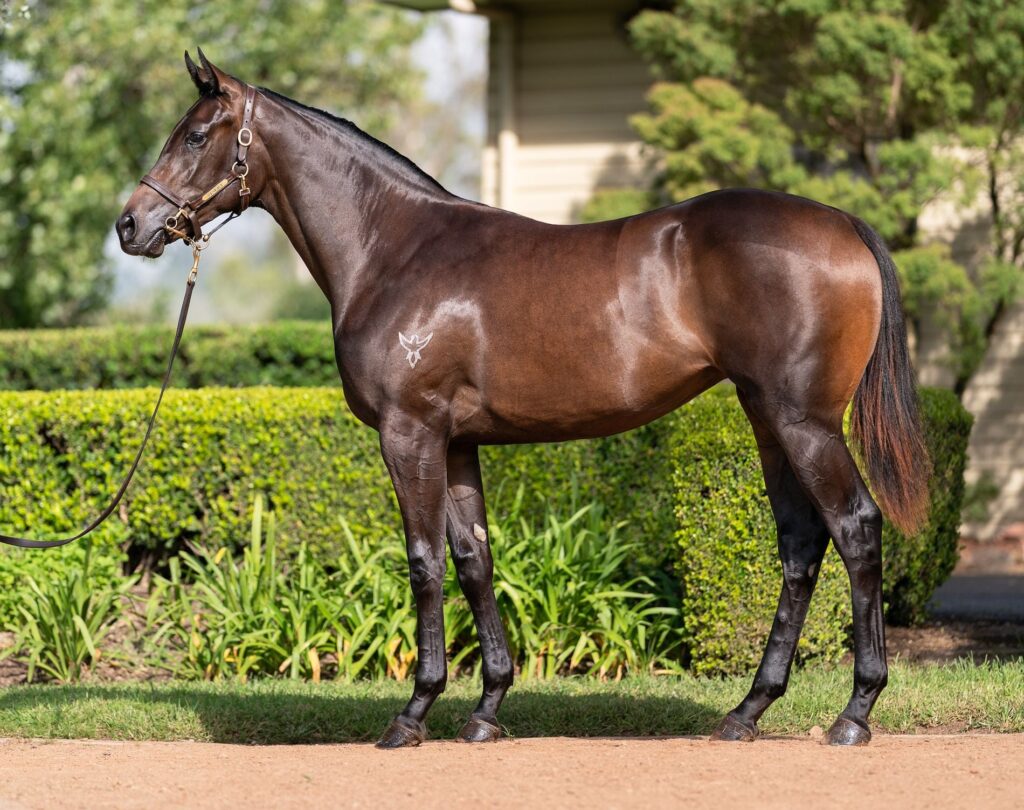