Exceedance has fulfilled his Group 1 potential with a stallion-making victory in the Coolmore Stud Stakes (1200m) at Flemington.

Vinery general manager Peter Orton purchased the colt with a stud career in mind at the 2018 Inglis Easter Sale and Saturday’s result ensures he will headline a Vinery roster of the future.

Exceedance (3c Exceed And Excel – Bonnie Mac by Thorn Park) was checked at the start of the straight-six sprint but recovered to power home along the inside section of track to defeat Bivouac and Libertini.

“We were determined to buy him as a yearling.  His sire Exceed And Excel was born and raised on our farm and there was something about this colt that told me he had that x-factor.”

Winning jockey Dwayne Dunn said his colt was up against it after being banged between two other horses out of the barriers.  “But John Hawkes told me he would win it in the final 200m – not the first 400m – so I decided to get on the back of Bivouac and it worked out perfectly.

“He’s got a great attitude and can really accelerate.  He’s from a high-class family – I rode his mother to win a stakes race in Adelaide and I think he can get out to a mile in the autumn.”

Exceedance had won on debut with a breathtaking finish at Wyong in May and resumed with a first-up victory in the San Domenico Stakes Gr.3 at Rosehill in September.  The Coolmore was his third win in six starts for prizemoney of $1.13 million.

“Today was his grand-final and he will be going out for a spell on Monday,” co-trainer Wayne Hawkes said.  “When Bivouac kicked, I thought he had a task ahead but Dwayne judged it well.

“He’s probably worth more than $15 million as a stallion now but that’s immaterial because Vinery aren’t going to sell him.” 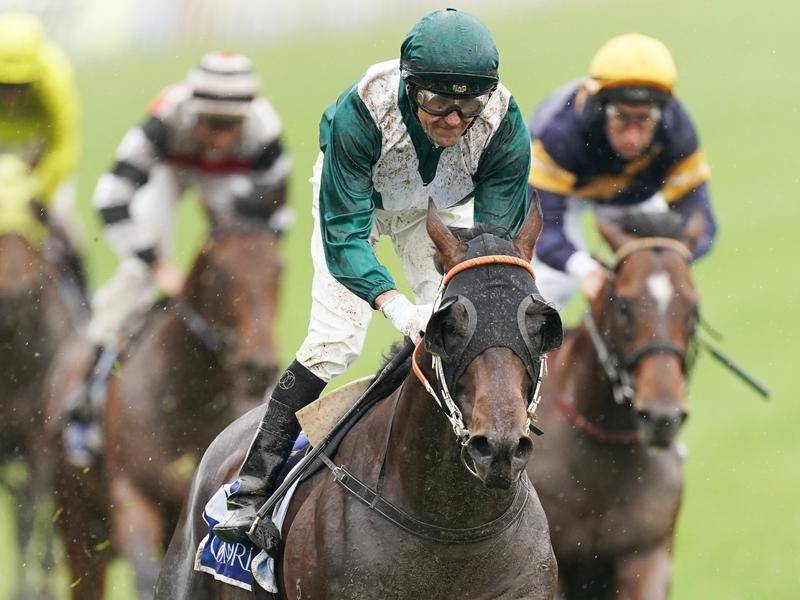