Vinery Stud’s bloodstock manager Adam White believes this year’s best-ever figures can be equalled or bettered at the 2022 yearling sales.

The 2021 Gold Coast Magic Millions heralded a year to remember with a $303,125 average off a near-perfect clearance rate of 94%.  Those proceeds were exceptional but paled at the Inglis Easter Sale when Vinery topped the leader-board with a stunning average of $650,625.

Vinery stole a march on the other Hunter Valley heavyweights at Riverside Stables with three millionaire colts on Day 1 before an I Am Invincible filly made it four on Day 2.

“It was a terrific sale season and I can’t see any reason why we can’t at least match those returns,” White said.  “The market is as strong as ever and we have the yearlings across the board to be confident of a good start next month.

“We’re looking forward to the Gold Coast.  The farm inspections have been very popular and the feedback from agents and trainers tells us the yearlings are making their short-lists.”

There are 30 lots catalogued by Vinery for the Gold Coast where its headline graduates include Group 1 colts Farnan (Golden Slipper Stakes) and Artorius (Blue Diamond Stakes) plus top-class filly Exhilarates (Magic Millions 2YO Classic).

Vinery’s 2021 Magic Millions graduates are already making an impact through Capital Tower and Garza Blanca who were their top-priced colts at the Gold Coast.

Capital Tower cut the ribbons at Doomben last month before doubling up at the same venue last Saturday.  The Capitalist colt was a $600,000 buy for a Hong Kong client of agent John Foote.

“I have a lot of time for him and he will be better on top of the ground,” trainer Tony Gollan said after Capital Tower romped in with a repeat performance of his debut win on November 17.  “I will give him a short break and get him ready for an away campaign in the autumn.”

Garza Blanca (I Am Invincible) was Vinery’s $700,000 sale-leader and is making progress for trainers Ciaron Maher & David Eustace at Cranbourne..  He was purchased for a syndicate that includes Noorilim Park, David Kobritz, Richard Pegum, Neil Werrett and some of his partners in Black Caviar.

Agents Mark Player and Rob Roulston bought the colt and they also stayed in the syndicate.  “He’s only a week away from a jump-out,” Noorilim Park’s Glen Carrick reported this week.  “He’s a lovely type and right from the start our Operations Manager Chris Kent said he had the best attitude of any young horse up at the farm.”

Vinery (as agent) is prepping two I Am Invincible colts for the 2022 Magic Millions with the half-brother to Champion Australian Sprinter Santa Ana Lane (Lot 39) an obvious highlight on Day 1.  “It’s a big pedigree,” Adam White said.  “And he’s big, strong, tough colt with the scope to keep developing.”

Meanwhile, Maher & Eustace have unbeaten I Am Invincible mare Marabi marking time for a black-type assignment at Caulfield on Boxing Day.  A homebred for Vinery partner Greg Perry, she completed a hat-trick at Moonee Valley by a combined 15 lengths last season and returned from a spell with a seven-length runaway at the Ballarat Cup meeting last month. 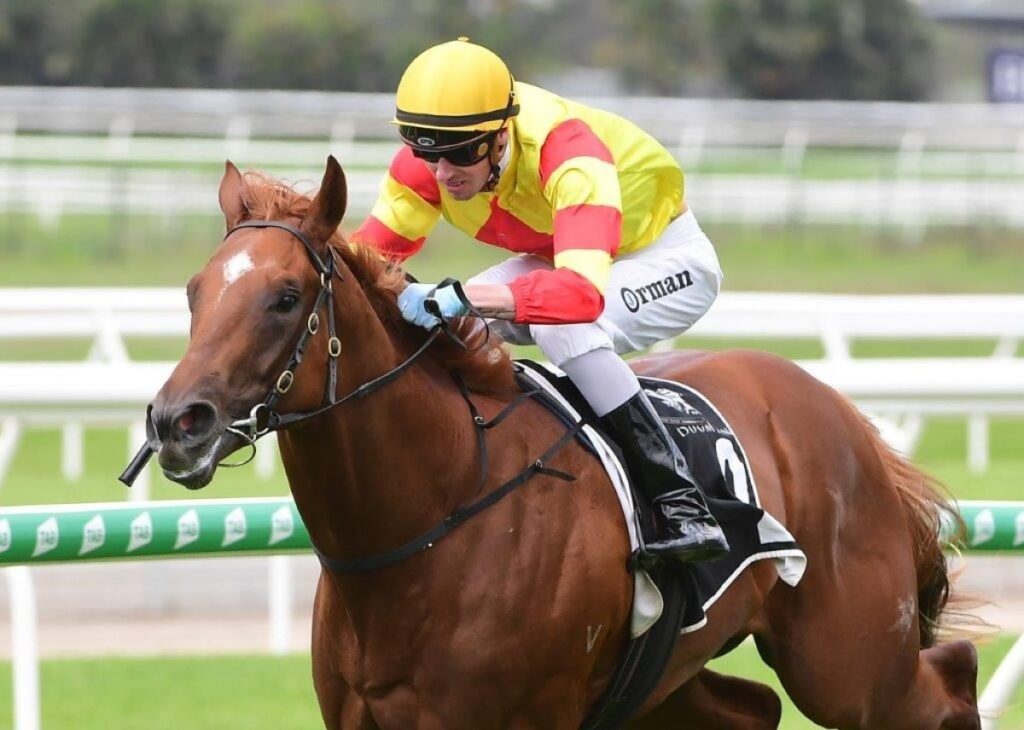