A running double by Vinery sires All Too Hard and Pluck (USA) at Morphettville has stretched Tony McEvoy’s lead at the top of the South Australian trainers’ premiership.

All Too Hard’s 2yo colt Unfair Dismissal was coming off a Hamilton maiden win in the Terry Howe Printing Hcp (1250m) on Saturday.  “He controlled the race outside the leader and never really looked like being caught,” assistant-trainer Calvin McEvoy said.  “We’ve always liked him but he was a bit aggressive and mentally immature so we’ve been teaching him to settle.”

Unfair Dismissal was a $120,000 buy for Tony Santic from Baramul Stud at the 2017 Gold Coast Magic Millions.  He’s the first foal of Up And Up (Exceed And Excel) who hails from a black-type NZ family founded by Group 1 winning mare Alynda.

Santic bred McEvoy’s 3yo filly Divanation who won on debut at Werribee last month.  She’s a daughter of All Too Hard and Melbourne Cup legend Makybe Diva.

All Too Hard is home and hosed for the Australian second-season winners (62) and wins (93) titles in 2017-18.  Unfair Dismissal also lifted him into the Top 10 on the Australian 2yo table with 11 wins.

McEvoy resurrected Aspect for a front-running victory in the UBET Hcp (1300m) at Morphettville.  The Pluck 3yo was his 73rd win in South Australia this season.

Aspect won the Maribyrnong Plate Gr.3 at Flemington in November 2016 and, despite a run of outs, was expected to go much better after being backed from $21 into $11 on Saturday.  “On his best form, he had panels on them,” jockey Luke Currie claimed.  “Tony and Calvin have done a lot of work at home turning his form around.”

A homebred for Peter Robinson & Jack Stott, he’s a half-brother to SAJC Tokyo City Cup LR winner Brown Ben (Big Brown).  Their dam Innishbeg (Lonhro) won 5 races in and around Newcastle and she’s in foal to All Too Hard. 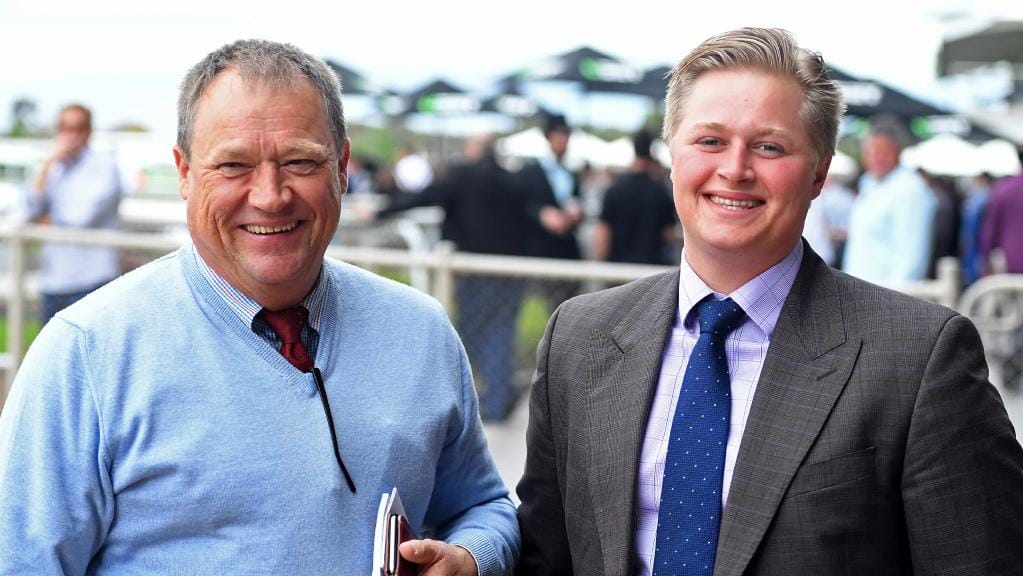