Grey galloper Blazejowski has gone to a new level for trainer Greg Eurell and his large syndicate of owners this campaign.

The Dash For Cash sprinter completed a hat-trick in the Henry Bolte Hcp (1400m) at Flemington on Saturday and connections are now contemplating a start in the LR Winter Championship Final (1600m) back at headquarters on July 6.

He’s unbeaten this year after wins at Sale and Sandown in May.  “It’s been interesting to see him progress and step up in class since coming back from a spell,” Eurell said.  “He’s a lovely horse and has matured so much in the last 12 months.”

Blazejowski (4g Dash For Cash – Ellexcell by Octagonal) has earned $180,000 and there’s $160,000 at the judge in the Winter Final.  ” I don’t know whether he can get the mile but at the moment we’re enjoying what he’s doing,” Eurell continued.  “We will just place him where he can keep winning races.

“Jye (McNeil) had a plan today and it worked out perfectly.  He settled in a lovely spot from a sticky gate and presented with a sprint in the straight that was quite exciting.”

Blazejowski is bred to be more than a one-dimensional sprinter.  His dam is a half-sister to Dr Well who won up to 2400m at Sha Tin in the LR Queen Mother Memorial Cup.

The Flemington result was the 50th win for Dash For Cash in Australia this season.  A half-hour later, Mula made it 51 with her third win since March at the Swan Hill Cup carnival.

Dash For Cash has maintained a 65% winning strike-rate throughout his stud career and is a value-plus sire for a $2,750 (inc GST) fee at Scenic Lodge. 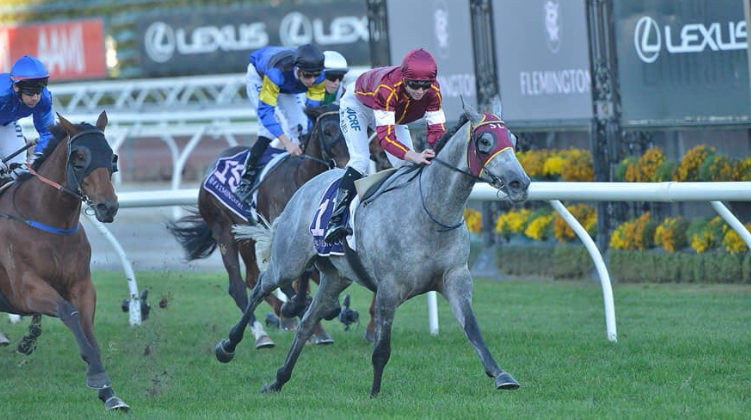