Vinery Stud has had a week to remember and they’re counting on another winning run this Saturday.

On Wednesday, the V brand was shouldered to victory by Golden Sheaf (Congrats) and Dansez (Myboycharlie) at Ipswich while Miss Siska (So You Think) was an odds-on winner at Echuca.

All three were raised at Vinery and Dansez was a bargain $8,000 buy for clients of trainer Kelly Schweida at the 2016 Scone Yearling Sale.  She descends from Champion European 3YO Filly Balanchine (Storm Bird) and her Australian-based relations include Group 1 miler Trust In A Gust.

At Canterbury on Wednesday, Rock Zone came within a head of providing All Too Hard with an even dozen wins in the 2yo ranks this season.  Sharpness (Wanted) made amends when she carried Vinery’s colours to victory in the lucky last for Steve McCann, Neil Werrett and Peter Orton

All Too Hard can be the first second-season sire to break through 100 wins this weekend.  He has a healthy lead in that division this season on 97 wins and his leading chances this Saturday are Unfair Dismissal (Morphettville), Groundbreak (Flemington) and Springthorpe (Doomben).

Legendary sire More Than Ready (USA) can notch up his next stakes winner when State Prosecutor takes on a smart 3yo field in the Belmont Guineas LR (1600m) for owner-breeders Bob and Sandra Peters.

State Prosecutor was fourth home over 1500m in the Raconteur Stakes LR in April and has been working back up to that trip with recent placings in shorter sprints.  More Than Ready has been sitting on 185 stakes winners since Anatola won the Silk Stocking LR at the Gold Coast on May 5.

Peters has spelled his unbeaten Testa Rossa filly Enticing Star for the Ascot summer carnival after she made it 7 wins from 7 starts last Belmont last Saturday.

There was more good news for Testa Rossa out of NZ this week when Enzo’s Lad returned to training in the South Island.  “He will have Group 1 targets in the Railway Stakes and Telegraph Hcp,” Riccarton-based co-trainer Matthew Pitman said.  “He did very spelling and will initially stay at home for Stewards Stakes.”

Mossman has Moss Trip and Pedrena in the firing line for the Tatt’s Tiara Gr.1 at Doomben this Saturday.  Moss Trip ($10) was third home last time out in the Dane Ripper Stakes Gr.2 and Pedrena ($13) won the Glenlogan Park Stakes Gr.3 at her penultimate start at Doomben.

Mossman stalwart Hopfgarten claimed his second Wayne Wilson Stakes LR on the Dane Ripper card a fortnight ago.  It was his sixth black-type win overall in a career that has accrued $887,000 for trainer Rob Heathcote and a syndicate managed by his wife Vicki.

Pluck (USA) mare Plucky Girl was given a taste of black-type last Saturday after winning four in a row and she responded with a brave third in the Gai Waterhouse Classic LR at Ipswich.  Timeform rated her effort as the run of the race after carrying 58.5kg and conceding the winner Magic Alibi 4kg.

Pluck sprinter Aspect returned to his best form at Morphettville a fortnight ago and will be favoured to double up this Saturday.  He had won the Maribyrnong Plate Gr.3 on debut for trainer Tony McEvoy at the 2016 Melbourne Cup carnival. 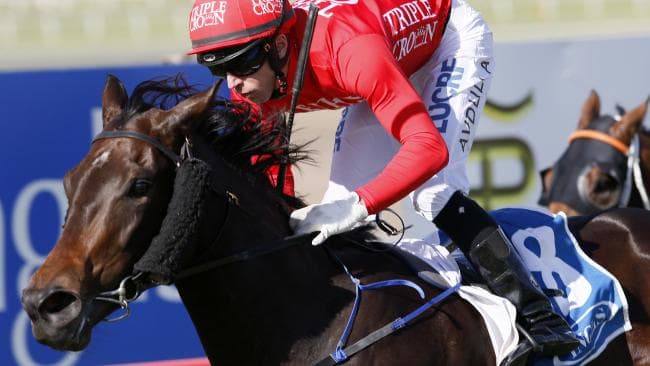