Stable jockey Brad Rawiller presented Royal Ace in the final furlong to win the Rock to Race Hcp (1200m) by a short-neck running away.  The lightly-raced 3yo had won his first two starts at Kyneton and Sandown in November before blotting his copybook when resuming at Stawell last month.

“He copped some interference first-up but there were no worries today,” Rawiller reported.  “I was always confident…he travelled well and got into a nice rhythm.  He got through a bad patch of ground at the 600m and then powered to the line.

“He was just too good and there’s more improvement to come with more racing.”

Royal Ace is by Vinery stallion Casino Prince and gave Weir his 51st win at the Warrnambool carnival.  The promising sprinter is the first named foal of She Can’t Wait, a USA daughter of More Than Ready.  She was bred by Nordic Thoroughbreds & Vinery and won three races in Canada before shipping to Australia.

His honest gelding Timeless Prince won the $100,000 Tamworth Cup on Sunday and there could be more feature wins at the Wagga Cup meeting on Friday with Rosaruby (Queen Of The South Hcp) and Lord Macau (Murrumbidgee Guineas).

Casino Prince (Flying Spur) is nearing another century of individual winners this season after siring 104 winners of 173 races in 2015-16.  He stands for an $11,000 (inc gst) service fee at Vinery. 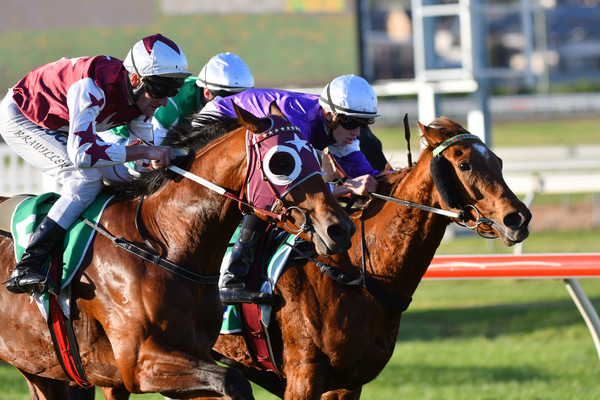