All Too Hard speedster Wellington has delivered on his enormous potential with a stunning finish to win the Chairman’s Sprint Prize (Gr.1, 1200m) at Sha Tin.

Wellington announced himself as Hong Kong’s great sprint hope when he reeled in the region’s finest at just his 10th start on Sunday.  The four-year-old brushed aside short-priced Japanese raider Danon Smash to win running away by a length and a half. .

He’s the third Group 1 winner this season by All Too Hard following Behemoth and Forbidden Love and he arrived a day after the Vinery sire added a Group 2 with Demonetization in the Easter Hcp (1600m) at Ellerslie.

Wellington also ended a five-year Group 1 drought for trainer Richard Gibson.  “It’s a great satisfaction to have sourced and delivered a good horse,” he said.  “He came from Australia and we thought he would be the right type to come here.  The road was a bit rocky and life is never easy but I am delighted to get there in the end.”

Wellington had equalled Sacred Kingdom’s Class One 1200m record of 1.07.80s on March 13 but his Group 1 prospects dived following a disappointing loss in the Sprint Cup (Gr.2, 1200m) on April 5.

Winning jockey Alexis Badel collected his first Group 1 in Hong Kong and thanked Gibson for his support.  “It’s a fantastic moment with Richard and this horse.  I rode him to lots of wins last season and I feel blessed to be back on him.  He was a lot more relaxed than last time. When I put the pressure on, he responded so well.  He’s top class.”

All Too Hard sired Wellington from More Than Ready mare Mihiri who won at Randwick for Team Hawkes.  It’s the same cross as Forbidden Love.  He was bred by Kia Ora Stud, David Paradice and Vinery partner Steve McCann and sold for $70,000 at the 2018 Gold Coast Magic Millions.

Mahiri is back in foal to All Too Hard off a September 1 cover last year.

The NZ-based son of All Too Hard had been set for the at Ellerslie feature after a fast-finishing Group 2 second to Showoroses in the Rich Hill Mile (1600m) on New Year’s Day.

“Demonetization just loves it when he can get his toe into the ground and I knew on a Slow 9 he would be very tough to beat,” Tiley said.  “We put him away and brought him along patiently and I told the owners to take whatever odds they could get.

“He can tend to button off when he is on his own, but Sam (Collett) timed it beautifully and he was very strong at the end.  He can go in the paddock now and we will bring him back for a good race in the spring.”

Demonetization won the 2018 Auckland Guineas (Gr.2, 1600m) but missed a Group 1 shot at the NZ Derby with a fetlock injury.  A subsequent trip to Queensland for the 2019 winter carnival was cut short by a deep-seated lung infection.

Bred by Bob and Sandra Peters, he is from their Zabeel mare Midnight Special and was purchased by Auckland owner Narendra Balia for $220,000 at the 2016 Karaka 2YO Sale.

All Too Hard is an Australian Top 10 stallion and is the best-value stallion in the Hunter Valley at $33,000 (inc GST). 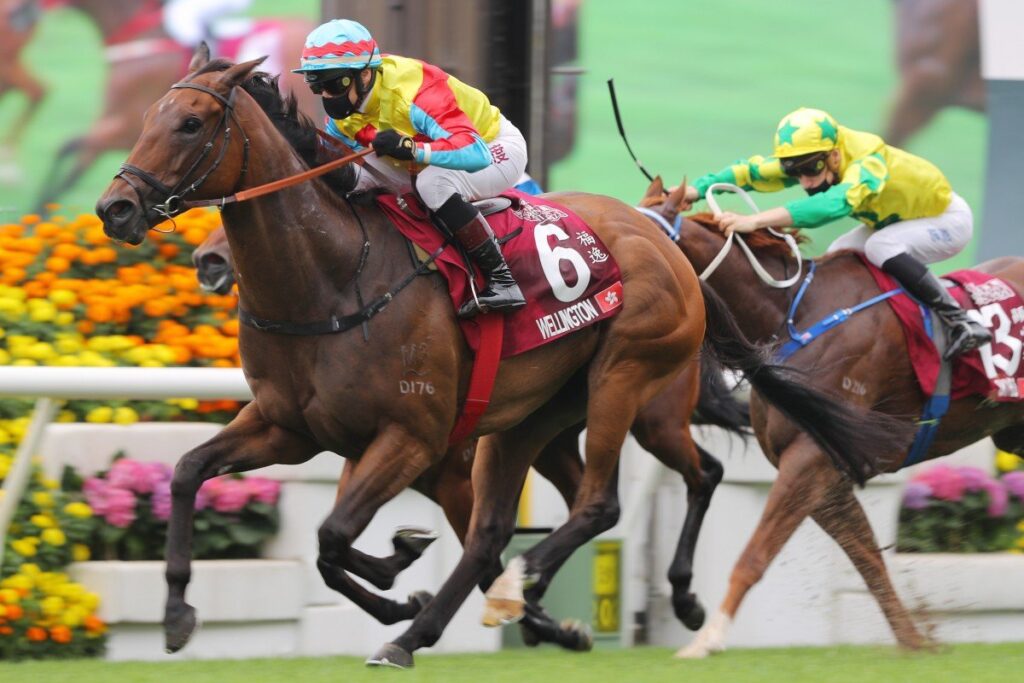