Garry White reckons the Headwaters are a dream to train and his Hawkesbury winner Winds of War is typical of the breed.

Winds of War is the third Headwater to salute this week and he led home a quinella for the Vinery sire in the Rob Jackson Hcp (1000m) on Thursday.  After tracking the speed for Rachel King, he sprinted clear in the straight to score a three-quarter length victory over Vinery graduate Head on Up.

“He’s got a great attitude – like all the Headwaters,” White said at Hawkesbury.  “He’s a straightforward colt.  He eats and sleeps and he can gallop.  We knocked back an offer even before he raced from Hong Kong.  If they still want him, they will have to come back with more money.”

White was toying with the idea of sending Winds of War for a spell after placings at Hawkesbury and Gosford in his first two starts last month.  “He’s been up for a while but I decided to give him one more run.  He’s a gangly colt and will keep progressing after a break.

“Good horses run good times and they clocked a quick time (57.55s) on a Soft 6 today.  He’s got a lot going for him.  I know the family and he will eventually get out to a mile.  I trained his dam and second-dam and they go back to Star Watch.”

Winds of War is a homebred for Hobartville Stud owner Graham Mapp and is the final foal of Mediator (Danewin), a Sydney-winning half-sister to Melbourne juvenile stakes winner Whisper Bay (Royal Academy).

Headwater (Exceed And Excel) topped the Australian first-season premiership by winners (13) last season and he already leads the second-season table in that category this term. 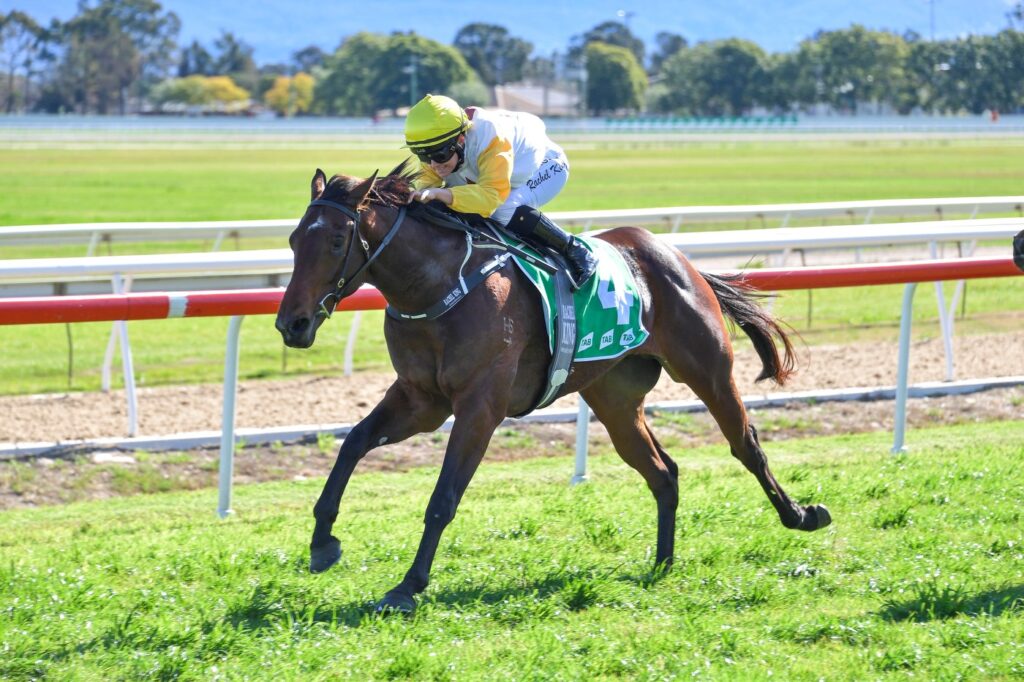