The Scone-based stud topped overall trade for mares with 13 lots grossing $793,000 at Oaklands.

Aquamosa (Lot 546) was placed in a G3 Taranaki 2YO Classic at New Plymouth for trainer Shaune Ritchie prior to joining Matthew Dale’s yard in Australia. She is from a half-sister to Singapore champion Big Maverick and is due to deliver a So You Think foal – her first – in August.

Light Up The Sky (Lot 888) was top-price among six buys for Gabbedy totalling $255,000. She won second time out at Ascot for owner Santo Guagliardo and was then runner-up to Lucky Street in the 2015 Perth Magic Millions 2YO Classic.

Conceived at Baramul Stud, Light Up The Sky is from the family of Group 1 winners Thorn Park and Bentley Biscuit and changed hands with a first-up positive to Merchant Navy.

Astute Bloodstock’s Louis Le Metayer weighed in with $66,000 for Lady Selkirk (Lot 666) on behalf of Queensland-based Taormina Lodge. A Silver Bowl Final winner at Flemington, she bowed out on Anzac Day after earning $280,000 for clients of trainer Matthew Williams.

Mills missed out when Sea Dweller was knocked down for 3,000gns (AUD 5,770) to Randwick Bloodstock Agency (FBAA) at the 2018 Tattersalls February Sale but he wasn’t to be denied at Oaklands.

“We paid a lot more the second time around but she is from a fast Australian family,” Mills said. “I reckon Rubick is the perfect mating and I rate High Chaparral as a broodmare sire.”

Inglis reported turnover of $17.69 million after four sessions at Oaklands. The average price was $27,482 off a 78% clearance rate. 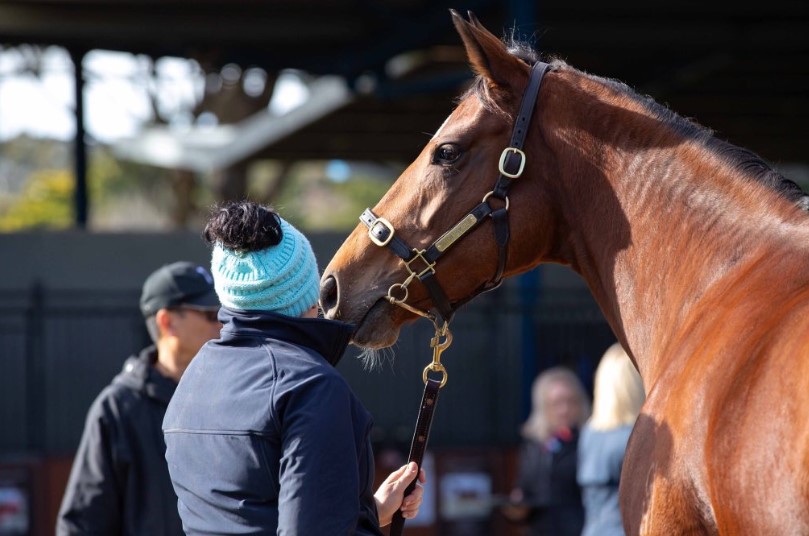 LIGHT UP THE SKY