Wily owner-trainer Bob McPherson pulled off an old-fashioned sting when Fletcher Road won the TABtouch Better Your Bet Hcp at Belmont on Wednesday.

The Demerit gelding firmed from $18 into the $5.20 tote favourite after McPherson removed the blinkers and extended him to 2200m for the first time in a 17-start career.  Stoked up by Troy Turner passing the half-mile marker, he charged home to score by over a length from Darcele (Snippetson).

McPherson wasn’t on course to oversee the win.  His day job at Cutten & Co Real Estate meant fellow Karnup trainer Graham Ballantyne stood-in to saddle up the winner at Belmont.

“He got line nicely over 1900m at Albany last week and was looking 2200m,” Macpherson said from his Port Kennedy office on Thursday.  “I liked him at the Magic Millions but I haven’t inspected the Maschino colt yet.”

Their dam Cassie The Flirt (McFlirt) has gone against the grain getting a stayer like Fletcher Road.  She is an unraced half-sister to Track Jester (G3 Asian Beau Stakes) and the dams of Sheidel (G1 Oakleigh Plate) and Latoria (LR Summer Scorcher).

Blackwatch Stud’s Steve Wallace has five colts and a filly entered for the Swan Valley Sale.

The Toronado – Persian Princess colt (Lot 8) is the second foal from a mare who was narrowly beaten in the LR Belmont Classic in 2017.  He is being offered as agent for Cookenup-based breeders Terry and Lyn Dowling who trade under White Diamond Bloodstock.

Another close relation Think It Over (So You Think) gave the family a Group 2 update last Saturday in the Apollo Stakes at Randwick. 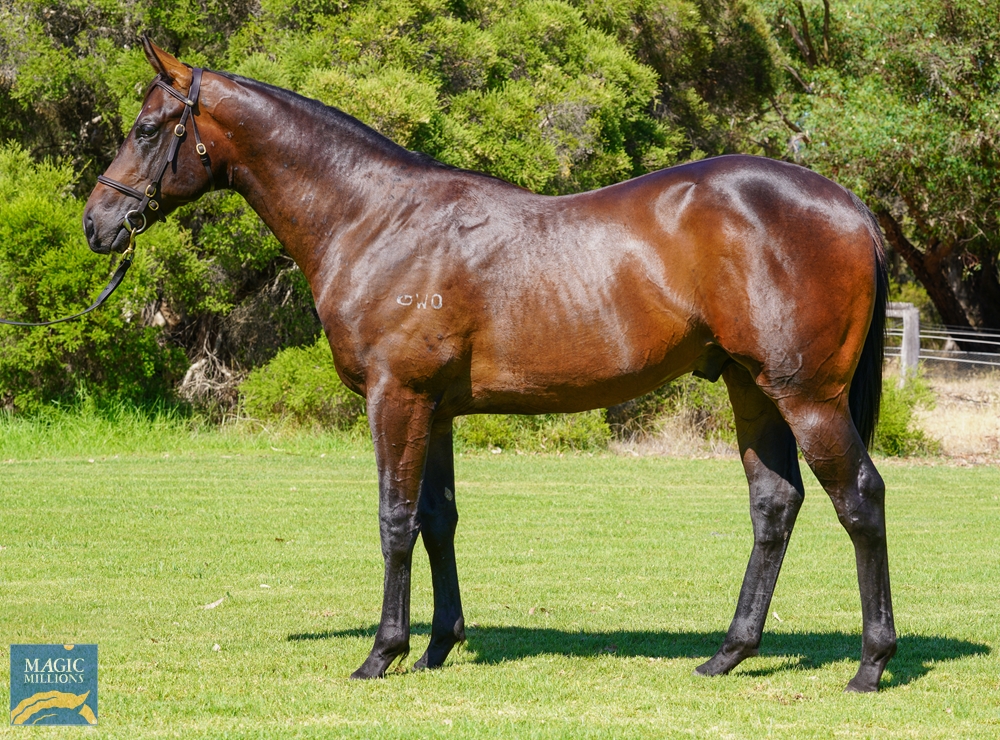