Trainer Barry Baldwin will set The Candy Man for stakes races at the Brisbane winter carnival following his fifth win in a row at the Gold Coast.

Baldwin has resurrected the grey son of Casino Prince who smashed his jaw in a stable accident that required over a year of rehab.  “He got strung up in his stall and ended up with seven plates in his head.  He didn’t race as a three year-old and didn’t come back into work until earlier this season.

“I’ve always believed he’s a Group horse and now he’s earned the chance to prove it,” Baldwin said after a half-length victory in the Attwood Marshall Lawyers Hcp (1800m) on Saturday.  “He carried 59.5kg on a wet track today and that shows just how much he likes to win.”

Baldwin doubts he will back up in the Chairman’s Hcp Gr.3 over 2000m at Doomben next Saturday.  A better option is the Premier’s Cup Gr.3 over 2200m at Eagle Farm on May 25.

The Candy Man (5g Casino Prince – Melody by Stravinsky) is a full-brother to Randwick City Stakes LR winner Phrases.  He was a $120,000 buy for Baldwin at the 2015 Magic Millions 2YO Sale on behalf of owners Lucky Pippos and Gladstone couple Edgar and Cynthia Allen.

He races in the same purple and white silks made famous by Gunsynd.  The Goondiwindi grey was part-owned by the late George Pippos and he left the colours to his younger brother Lucky.

Vinery stallion Casino Prince broke through 1200 career wins as a sire on Saturday and among them was Gerald Ryan’s very promising 2yo Bandersnatch who scored a front-running, five-length victory at Newcastle.

Bandersnatch was a $42,000 buy for Ryan at the 2018 Inglis Classic Sale.  His dam Divine Faith (Falbrav) is an unraced half-sister to Victorian stakes performer Arrowsweep.

Casino Prince stands for a $6,600 (inc gst) service fee at Vinery and, besides his Australian strikes on the weekend, he also sired Doctors Delight to win the Macwhinnie Cup (1600m) at Sha Tin on Sunday.

His Singapore Horse of the Year Lim’s Cruiser was beaten a half-length in a thrilling finish to the Rocket Man Sprint Gr.3 at Kranji on Sunday and he’s on track for a hat-trick of Group 1 wins in the Lion City Cup on May 25. 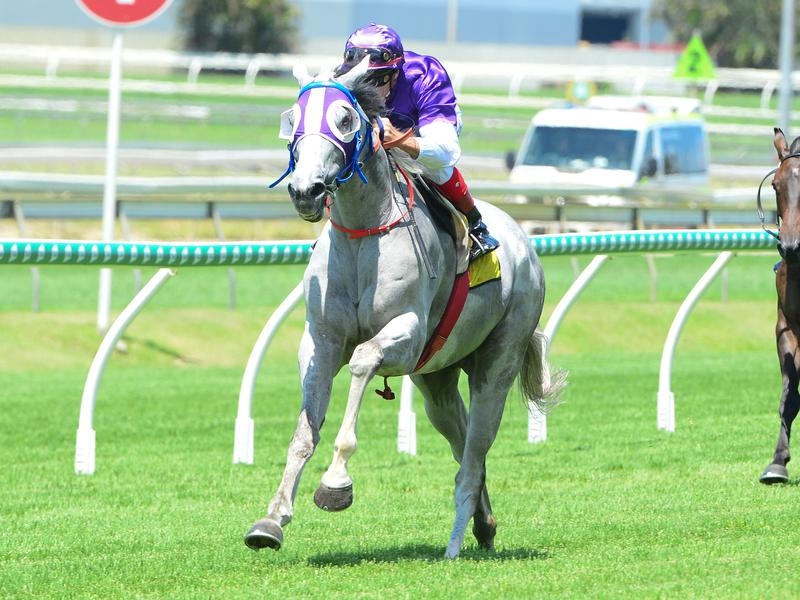