Maschino proved he could sire a good horse when flying filly Fabergino emerged out of his first crop at Alwyn Park Stud.

Now the stakes winning son of Encosta de Lago has gone up a notch with rising star Cockney Crew surfacing from his second-crop conceived in Serpentine.

Cockney Crew signed off his last campaign with an inspiring second in the G2 WATC Derby and he began fulfilling that potential with a phenomenal first-up victory at Belmont on Saturday.  Sent straight to the front by stand-in jockey Jade McNaught, he waltzed away in the straight to win by 8 lengths from odds-on favourite Trump This (Domesday).

“I was very confident he would win but when they made him second favourite I thought I might have got it wrong,” trainer Kieran McDonagh admitted.  “He has put on 30kg and matured since last season.  He has huge aerobic capacity and never gets tired.  It makes my job easy.”

Cockney Crew races for a partnership headed by owner-breeders Jim and Trish Anderson.  They bought his dam Happily (Galileo) for $20,000 out of a 2013 Patinack Farm dispersal and she has a 2yo filly and a yearling filly Maschino.

The Andersons also own Maschino who won 7 races in Perth  topped by a Group 3 victory in the R J Peters Stakes (1500m).  An explosive sprinter-miler, he is from a three-quarter sister to leading Queensland stallion Hidden Dragon and is making an impact off books that averaged just 25 mares in his first three seasons at stud.

His second crop also includes LR Raconteur Stakes winner Cup Night who finished third when returning from a spell at Belmont on September 7. 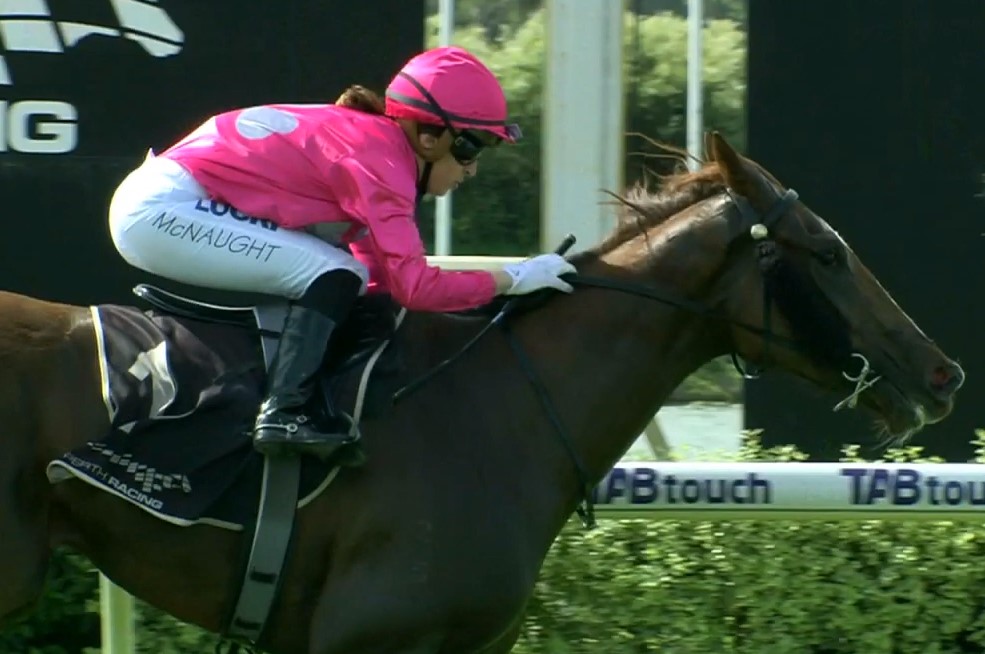