Saas Fee signalled another winning spurt for All Too Hard in the Territories Maiden Hcp (1300m) at Warwick Farm on Wednesday.

The Gerald Ryan-trained filly firmed into a $3.10 favourite when racing first-up this season and showed enough potential to suggest she is black-type bound for the Vinery sire and owner-breeders Neil Werrett and Steve McCann.

Saas Fee (3f All Too Hard – Snitzerland by Snitzel) is named after a village in the Swiss Alps and is the second winner for her Group 1 winning sire and dam this month.  Their 2yo colt Hard Landing scored on debut in the Maribyrnong Plate Gr.3 at Flemington prompting trainer David Hayes to label him Lindsay Park’s leading candidate for the Blue Diamond Stakes Gr.1 in February.

All Too Hard’s 3yo spearhead Alligator Blood is ready to resume after a heart-breaking short half-head defeat in the Caulfield Guineas Gr.1 last month.  He won a Sunshine Coast barrier trial on Tuesday clocking the fastest time (48.46s) of the morning for 850 metres.

“That was the best he has ever trialled,” trainer David Vandyke declared.  “His recovery has been OK and it’s all-out now for his return next month.”

Alligator Blood was unbeaten in five starts going into the Caulfield Guineas and his goal this campaign is the Magic Millions Guineas RL at the Gold Coast on January 11.  He will be peaking for the $2 million feature after pipe-openers in the Gold Edition Plate LR and Vo Rogue Plate Gr.3.

All Too Hard can boost his stakes winning strike-rate at home and abroad this Saturday starting with Jeweliana in the Mode Plate LR at Doomben.  She motored home first-up over 1000m at the Sunshine Coast a fortnight ago and will appreciate an extra furlong albeit in stronger company.

In New Zealand, Demonetization is back in action after a disappointing trip across the Tasman for the Brisbane winter carnival.  He will be way over the odds in the Eagle Technology Stakes Gr.3 if recapturing the form that saw him win last year’s Auckland Guineas Gr.2 over the same 1600m course at Ellerslie.

In South Africa, All Too Hard’s classy 3yo Frosted Gold has opened a $2.60 favourite for the Dingaans Hcp Gr.2 at Turffontein.  The Mike De Kock-trained gelding won the Graham Beck Stakes Gr.3 first-up on November 2 despite being continually hampered by a riderless horse.

One of Frosted Gold’s main dangers will be unbeaten stablemate Marshall, nevertheless, set-weights and a good draw will suit the grey who will be on trial for a Group 1 assignment in the South African Guineas.

Trainer Frank Robins has entered All Too Hard mare Roy’s Riviera for the Ipi Tombe Challenge Gr.2 at Turffontein.  She put the writing on the wall with a first-up placing in the Yellowglen Hcp Gr.3 earlier this month

All Too Hard is a Top 10 sire in Australia this season for individual winners (51) and wins (64) headed by five stakes winners.  He has built a career strike-rate of 63% and stands for a $27,500 service fee at Vinery. 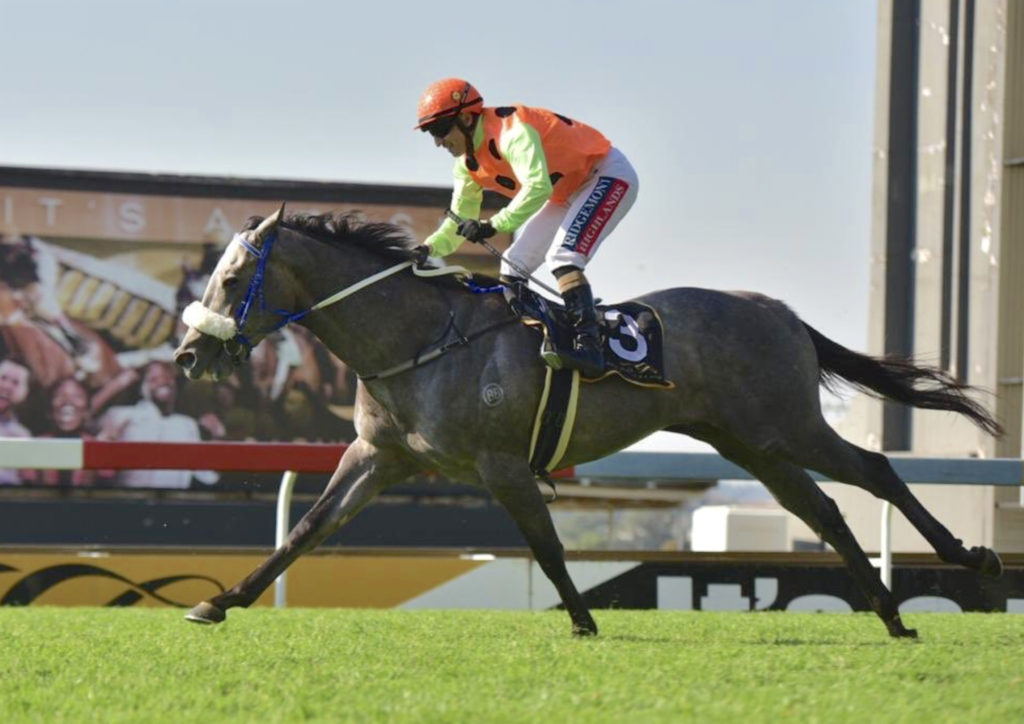