Weaponson continued the successful run for Serpentine trainer David Harrison with a three-length romp in the Budget Rental Hcp (1000m) at Ascot on Wednesday.

The improving 3yo son of Oratorio gave Paul Harvey a cosy run in the lead and then lengthened for a dominant win over Wine Night (Playing God) and Semigel (Alfred Nobel). “He’s starting to put it together and could have won by more,” stable foreman Tony Triscari said. “He has been doing a lot wrong. He missed the kick at Pinjarra last time then raced wide and erratic but still won.

“Paul settled him today and he never looked like being beaten.”

Weaponson is a homebred for Greg Beauglehole and a syndicate that runs the residual career of his dam Weaponess (Fath). He was an even-money favourite for that maiden at Pinjarra and was flip-of-the-coin again in town.

“That was easy and relaxed after we got to the front,” Harvey reported. “Then his ears twitched so I kicked him up and he stormed through the line.”

Weaponson is the second foal and second winner by Mungrup Stud champion Oratorio from Weaponess (Fath). His older sister Shesapocket Rocket won a Pinajrra maiden during her first prep for the same syndicate last year.

Weaponess has a filly foal by Maschino and is back in foal to him from an early cover at Alwyn Park. She is an unraced half-sister to Namerik Thoroughbreds mare Comme Ci (Verglas), the dam of Fred Dag who is on the comeback trail after injuring tendon last year and Paul Jordan’s 2yo filly Janaura (Safeguard) who is another coming winner following a debut second to Brooklyn Pier at Ascot last Saturday.

Oratorio (Stravinsky) figures five times on the WA Champion 2YO Sires honour-roll and he has 14 yearlings entered for the Perth Magic Millions including 9 from Mungrup Stud. Among the highlights on pedigree and type is Lot 95, the brother to flying mare Misty Metal (10 wins, LR Jungle Mist Classic, LR Miss Andretti Stakes, LR Summer Scorcher).

The colt’s page is dominated by Metal Storm sisters Kentiara and Kalatiara…one of the most successful WA families in the Stud Book. 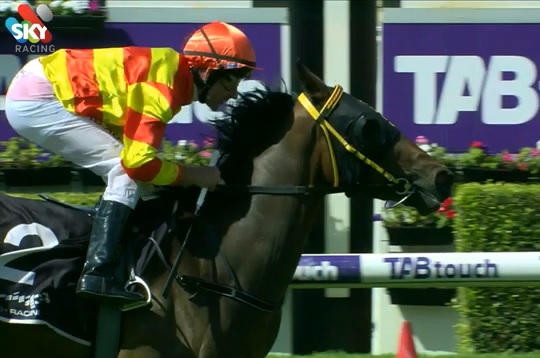