On a weekend when the World Cup blanketed news out of Brazil, Vinery shuttler Big Brown sired his 8th stakes winner in Rio de Janeiro on Saturday night.

Millionaire colt Darwin completed a black-type double for Big Brown when he won the LR Belgrave Stakes in Ireland on Sunday.

Big Wildcat (USA) controlled the Rio race under a tight hold up front.  Carrocel Encantado (Elusive Quality) issued a brief challenge at the top of the straight but jockey Alex Mota had a lap full of horse and accelerated to a 4 length victory.

Meu Chuck (Pioneering) was another 6 lengths away in third place.

Big Wildcat is prepared by Gavea great Teophilo Oliveira and has won 4 of his 14 starts.  He was also placed in the G2 Grande Premio Gervasio Seabra in May and G1 Grande Premio Presidente Da Republica in June.

The Big Brown colt is a homebred for Brazilian pharmaceutical entrepreneur Marcos Simon who has a string of horses in training in California, Argentina and Brazil.  Foaled in Kentucky under Simon’s Winner Silk Inc. banner, he was exported to Brazil where he is the current flag-bearer for Silks Stud Escorial.

Simon, 70, has raced several champions in South America and his best USA galloper has been Farda Amiga (Broad Brush) who was a Group 1 winner of the Kentucky Oaks and Alabama Stakes in 2002. 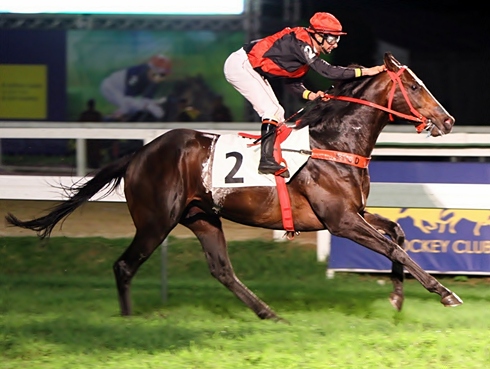