An outstanding Written Tycoon colt has topped Vinery Stud’s Day 1 draft at the Inglis Easter Yearling Sale after being knocked down to Coolmore Stud for $1.4million.

The half-brother to Group 1 winning sprinter Artorius was equal-second on the overall leader-board as an international buying bench spent $66.4million at Riverside Stables on Tuesday.

“There are about a dozen colts here on everyone’s radar but he’s one of the standouts,” Coolmore’s Tom Magnier said.  “Written Tycoon needs no introduction and Chris Waller was very keen on the colt who is a lovely, forward type.

“Our (Group 1) Lightning Stakes winner Home Affairs is going to Royal Ascot and so is Artorius so Coolmore will have a stake in both camps.”

Vinery’s bloodstock manager Adam White was confident the colt would be in the $700,000 – $800,000 price range but he said to double that figure was exceptional.   “It’s a terrific result and especially great for his breeder Greg Perry, one of our partners, he’s a serious breeder of racehorses.

“The colt is out of a young mare who has already thrown a Blue Diamond winner and he’s handled the whole week really well.”

Earlier on Tuesday, Vinery offered a strong Zoustar – Antelope colt that was purchased by Mornington trainer Matt Laurie for $875,000.  Entering the sale-ring as Lot 51, the colt sparked intense interest after bidding commenced at $500,000.

Laurie prevailed for a syndicate that includes Kia-Ora Stud, Darren Thomas (Thomas Foods International) and Victorian-based ARJB Racing.  “I didn’t inspect him until we arrived here at Riverside Stables but loved him straightaway,” Laurie said.  “I was struck by his powerful walk and he’s looks an early goer, too.”

The Zoustar colt is the second foal of Antelope (Not A Single Doubt) who is a full-sister to multiple Group 1 winning filly Miracles Of Life (MRC Blue Diamond Stakes & SAJC Robert Sangster Stakes).

Vinery complemented those graduates with two colts that made $300,000 apiece on Tuesday.  Lot 142 by Fastnet Rock was targeted by Ciaron Maher Bloodstock and Lot 238 by Lope de Vega was sold to Busuttin Racing. 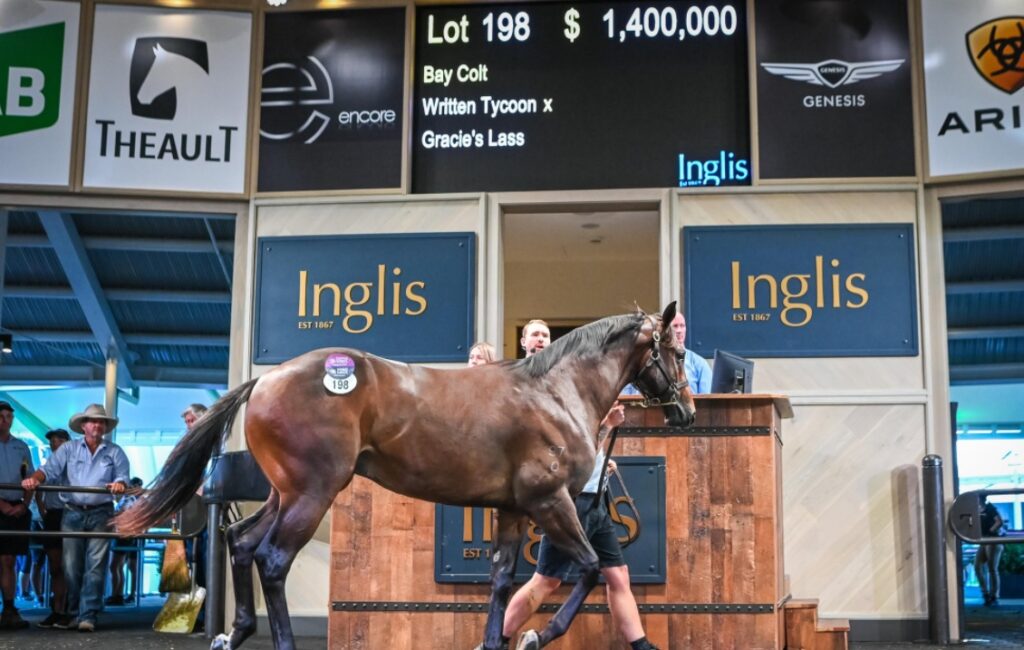