Aspen Angel pleased her trainer David Bourne, owner-breeder John Newton and the team at Swettenham with a tremendous second to top colt King’s Authority in the Christmas Season Plate (1000m).  She kept finding behind the winner who is a Blue Diamond – Golden Slipper type according to Mick Price.

There are 12 Americain yearlings catalogued for Oaklands and Bourne will have Aspen Angel racing again before the Sale.  She’s having a week or two R&R at Sorrento beach before coming back to target the Group 3 Bloodhorse Breeders’ Stakes (1200m) at Flemington on March 11.

“There’s so much improvement to come,” he promised.  “Mick’s colt is very smart but he was a couple of gallops ahead of our filly.  I only gave her one jump-out before Saturday.”

Bourne trained her dam Whispering Angel (Not A Single Doubt) who is from a successful Woodlands Stud family going way back to 1980s Blue Diamond winner Black Shoes.  “She was a bit scatty.  Plenty of ability but wanted to get the race over and done in the first 800 metres.

“Aspen Angel has got her mother’s speed but with more brains and better legs.  She’s as sound as a bell and looks like a real black-type filly next year.

“Americain has obviously clicked with the mare.  I was underbidder for an Americain at the Adelaide Magic Millions.  I liked the colt and could have kicked myself after missing out.”

Melbourne breeder John Newton races Aspen Angel in partnership with John Byrne and she carries the same colours as racing legends Carbine and Super Impose.  Newton and Swettenham owner Adam Sangster named her during a trip to the Aspen Mountains last year.

“Americain covered his last mare on the weekend and left the farm this morning for Kentucky,” Swettenham’s Office Manager Micheal Bolton said on Monday.  “Toronado leaves on Wednesday.

“John boards Whispering Angel with us and she has a yearling filly and a colt by Equiano.  And we told John last week she’s back in foal to Americain.” 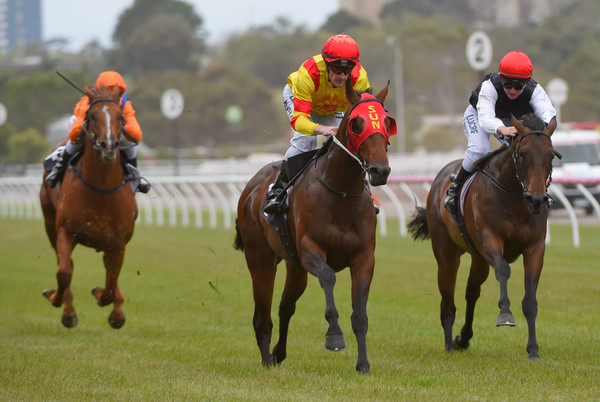