Top of the Westspeed breed was the $470,000 colt (pictured) sold by Amarina Farm (as agent) to the Hong Kong Jockey Club.  He’s by Exceed And Excel from Yarradale Stud mare Melba Avenue (Street Sense).

Melba Avenue is the dam of G2 Karrakatta Plate winner Valour Road who added more black-type to his record in the G3 Prince Of Wales Stakes (1000m) at the Ascot summer carnival.

Segenhoe Stud sold a colt by boom first-season sire Shalaa (Ire) from Amelia’s Love for $260,000.  To be trained by Toby Edmonds for Kestrel Racing, he’s the second foal from a Blackfriars mare who won at Belmont for Amelia Park owner Peter Walsh.

Newhaven Park offered a Capitalist filly as agent for Dawson Stud and she will return to WA after being snapped up by Neville Parnham for $150,000.  Her dam Allez Bien (NZ) won at Randwick and she is a half-sister to G1 Railway Stakes winner Inspirational Girl.

Dawson owner Graham Daws sold LR Sir Ernest Lee-Steere Classic winner Kissonallforcheeks through Newhaven for $120,000 at the 2019 Gold Coast Magic Millions.  She is trained by Dan Morton and will join stablemate Elite Street in Melbourne for the 3yo fillies races at the upcoming autumn carnival.

Gold Front Thoroughbreds sire Awesome Rock had a Westspeed filly from Lucky Ana (NZ) make $57,500 through the consignment from Valiant Stud.  She is a half-sister to G2 Karrakatta Plate winner Dig Deep and was purchased by leading syndicator Darby Racing.

Victorian-based Three Bridges Thoroughbreds also sold three yearlings that have been nominated for Super VOBIS and Westspeed.  A Written Tycoon – Enchanted Dawn colt topped the trio at $400,000 and he will be trained by Team Hawkes.

Magic Millions has catalogued 303 yearlings for its Swan Valley Sale on February 15 and 16 with 95% nominated for Westspeed Platinum or standard Westspeed Scheme.

Yarradale received an update for the Perth Magic Millions when Time To Sizzle (City Place) won at Ascot on Saturday.  His half-brother by Oratorio has been catalogued as Lot 147 during Day 1 of the Swan Valley Sale. 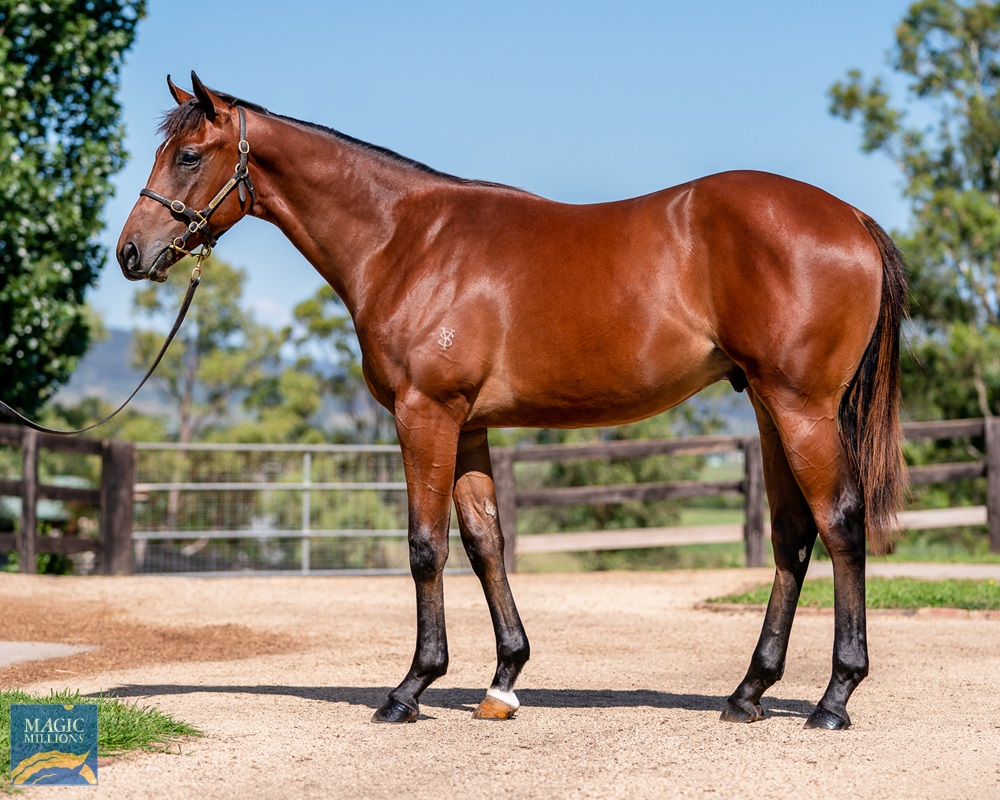