After dominant Cup carnivals in Broome and the North-West, Blackfriars can kick-start the Goldfields Round with a dozen runners engaged in Kalgoorlie this Sunday.

Blackfriars is triple-handed in the $100,000 Coolgardie Cup (1760m) with Cuban Twist, Divine Shadow and Friar Fox.  They give the Scenic Lodge legend a strong hand for a third win in the feature race following Spiritual Warrior (2019) and Woodsville (2015).

The Broome carnival was the catalyst for an imminent move south for trainer Rob Gulberti.  He prepared Blackfriars gelding Deception Game to win the Cable Beach Cup (1800m) in July and then produced his Blackfriars stablemate Staaden to land the $70,000 Broome Cup (2200m) last month.

Staaden was coming off a front-running victory in the $50,000 Port Hedland Cup (2200m) on August 1.  “We’ve been in Broome for 20 years and are looking at selling up and transferring closer to city and provincial racing,” Gulberti said.  “I want to work off a property near the beach.  I’ve bought a few yearlings and Adam Durrant has a couple of them in work now.”

The Blackfriars shut-out on the Pearl Coast was book-ended by Scenic Lord (Roebourne Cup) and Schooling (Newman Cup).

Divine Shadow won this year’s LR Pinjarra Cup in April and trainer Brett Pope is confident he can improve on last year’s close third in the Coolgardie Cup.  “He will be fit enough to win first-up, but the Kalgoorlie Cup is his main target,” Pope said.  “Kalgoorlie was the making of him last year and he will be competitive on Sunday.”

Pope is hoping Divine Shadow will progress to the G2 Perth Cup (2400m) in January.  “We might have to lift the bar and go that way.  We could even take him over east, not for the elite races, but some of the country cups.”

Leading local trainer Peter Fernie has Blackfriars mare Cuban Twist peaking after going down a nose in the Goldfields Tattersalls Cup (1600m) a fortnight ago.  She will be ridden by Jade McNaught who piloted Gangbuster (Blackfriars) to win the Boulder Cup for Fernie in 2019.

Blackfriars (Danehill) won’t have a 2yo or 3yo division in 2021-22, nevertheless, he started the current season with 6 individual winners for prizemoney of $333,430 in August.  He’s on track for a 12th WA sires’ premiership ahead of Scenic Lodge resident Universal Ruler in second spot with earnings of $224,975. 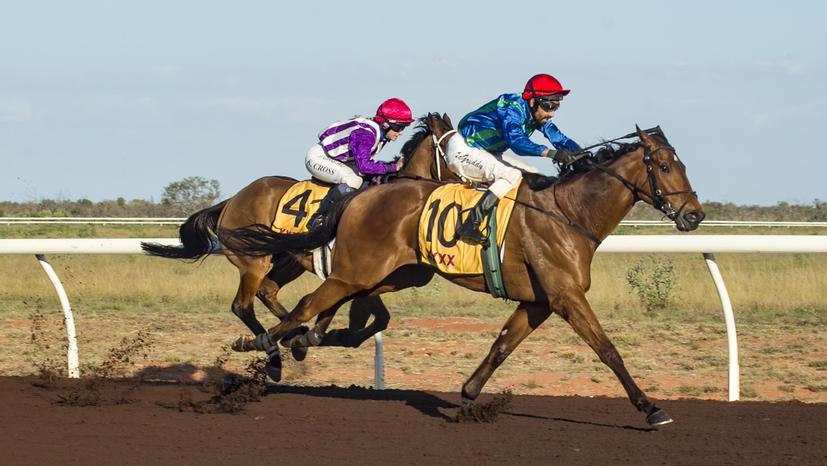