The first case of Equine Influenza in Australia was confirmed the previous day at the Eastern Creek quarantine facility in Sydney.

The outbreak of the disease came at an astronomical cost and brought the industry to its knees.  It caused havoc with races cancelled for several months and the movement of bloodstock coming to a halt.

Racing NSW boss Peter V’landys believed the report provided the grounds for legal action.  “I think that you couldn’t get better evidence than a former High Court judge damming AQIS,” he said.  “Anyone that had a financial loss during the E.I. will certainly be using this document as evidence to seek compensation.”

A subsequent class action launched by Maurice Blackburn Lawyers dragged on for over 8 years before the case was finally halted in June 2016.

Maurice Blackburn represented a group, predominantly from the horse racing industry, numbering 587 plaintiffs.  A settlement was made without any admission of liability on the Commonwealth’s part and did not involve any compensation.

“We fought this case hard all the way to provide access to justice and a chance at compensation for the people badly affected by the equine influenza outbreak,” a spokeswoman for the Lawyers said.  “Our clients were protected from risk and the firm will cover legal costs from the case.”

The Financial Review estimated total cost at about $11 million.

Lead plaintiff Gary Turkington of Wattle Brae Stud in Queensland, said he lost $7 million in the outbreak and many others had lost their homes and livelihoods.  “It is disappointing the Commonwealth has dug its heels in.  On a point of law they can win but morally the 587 of us have had our businesses slaughtered.

“And why bother spending $40 million on a royal commission to show it was a disgrace and then no one is compensated?” 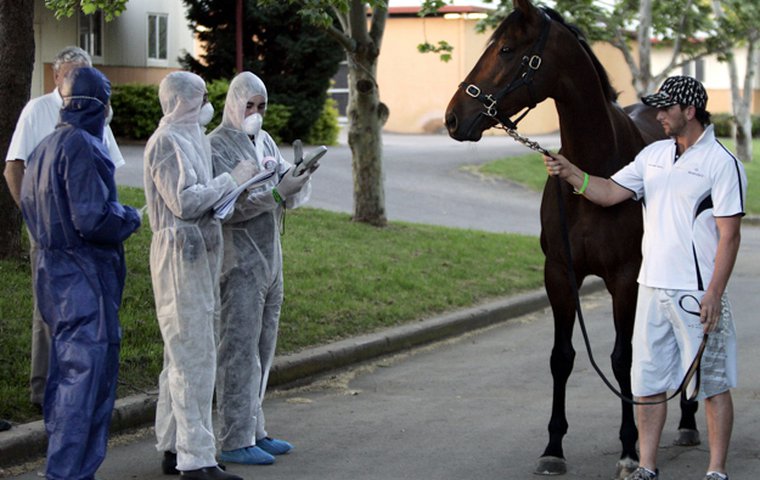