More Than Ready (USA) sired his 2,000th individual winner when Rupp N Ready spaced the field in a 1700m turf maiden at Indiana Grand on Tuesday.

The Vinery legend has also streeted every other stallion to look through a bridle after passing Danehill (1,623 winners) five years ago.  He’s still going strong covering over 100 mares in his latest book at WinStar in Kentucky and 90% of them have been tested in foal.

Rupp N Ready (3g More Than Ready – Gone Theatrical by Theatrical) was racing second time out at the Indianapolis track following an unplaced debut at Ellis Park in Kentucky last month.  He settled midfield for jockey Edgar Morales and then surged to the lead at the furlong before widening the margin to the best part of four lengths.

Group 1 trainer Helen Pitts prepares him for Anne & Phil Creek who operate 100% Racing Stables.  They bred the chestnut from a half-sister to Princess Taise (Cozzene) who was runner-up in a Sweet Solera Stakes Gr.3 at Newmarket and Graphic Design (Swain) who won 26 races in France.

The More Than Ready odyssey continued on Wednesday when his Perth filly Somethingready upped the total to 2,001 individual winners in the TABtouch Maiden (1000m) at Belmont.

Somethingready (3f More Than Ready – Royal Devotion by Verglas) was coming off a quick turnaround and rewarded favourite punters who stayed on board after a unlucky third at Northam last Thursday.

Taking advantage of the cutaway rail, she soon put the race to bed despite drifting to the centre of the course in the final furlong.  “She got held up last time.  It got a bit tight and she couldn’t get through,” trained Ross Price said.  “She’s learning how to switch off and the pace was on which helped.

“I’ve had a few by More Than Ready and they take a while to settle.  She’s getting there now and was too strong today.”

More Than Ready shuttled to Vinery for his 19th and final southern book in 2019 and that crop will be catalogued for the 2022 Yearling Sales. 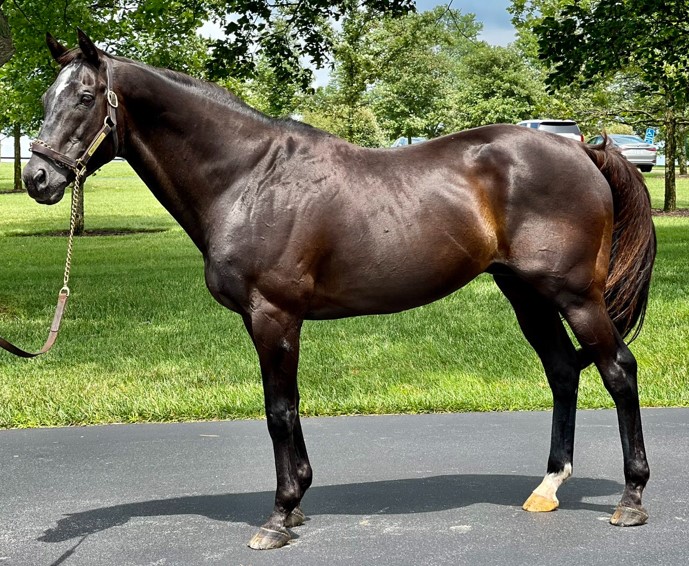