Admiral has returned to winning form with a successful defence of the LR Conquering Stakes (1400m) in Launceston.

Starting an odds-on favourite, Admiral settled fifth behind a quick clip and then overhauled front-runner Hellova Street to score by a head in 1.22.90s.  That was more than a second faster than he clocked in 2015 and only 0.23s outside the track record on a Soft 5.

“He’s lost nothing from his four-year-old season,” trainer Barry Campbell said on Wednesday night.  “We will keep pushing on to weight-for-age races because they are the only suitable events for him here in Tassie.”

Admiral is a son of Vinery sire Mossman from Reunification (West Quest).  He has raced 24 times for 14 wins and prizemoney of $674,900 for owners Bruno Calabro, Ron & Trudy Schwanke and Denise Martin of Star Thoroughbreds.

Since his last victory in the LR Thomas Lyons Stakes in Hobart earlier this year, connections had campaigned the gelding on the mainland for a close second at Flemington before an unplaced run in the G1 Goodwood in Adelaide.

After last year’s Conquering victory, Admiral went on to win the LR Tasmanian Stakes, UBET Stakes & LR Thomas Lyons Stakes and he will embark on a similar program this summer.  “Weight-for-age racing is his game,” Campbell said.  “And he’s only going to get better with this run under his belt.”

Mossman has 10 yearlings entered for the Gold Coast Magic Millions next month and among the highlights is his younger brother to G1 Coolmore Classic winner Plucky Belle (Lot 575).

The filly from Allegra (Lot 620) is also increasing in value in the lead-up to the Magic Millions.  She is a half-sister to Flemington stakes winner Eximus and Hong Kong miler People’s Knight who won his second race in a row at Sha Tin on December 4.

Vinery sire Pluck (USA) is also heading for black-type at the Tasmanian summer carnival with his local filly Life On The Wire.  She finished a brave third in the 3YO Cup on Wednesday evening and remains on track for the Thousand Guineas (1600m) in January. 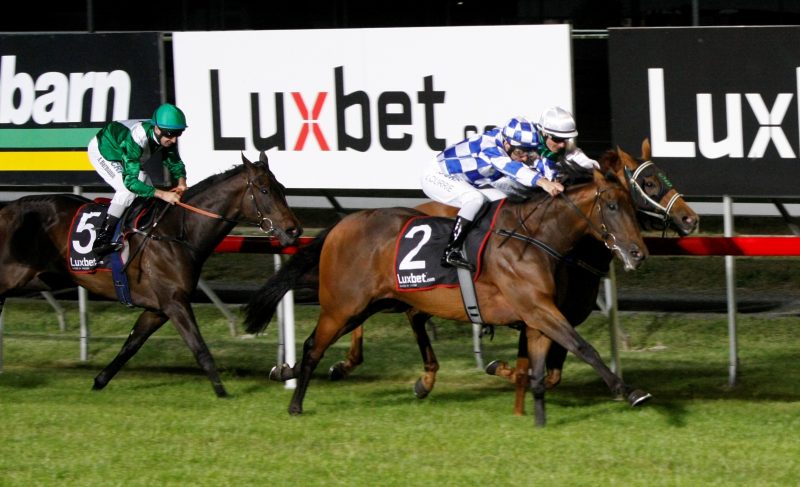