Kimbo’s Girl had been threatening to win since a promising debut last year but it took another 10 starts to open her account in Perth.

The Patronize 3yo filly broke a frustrating run of minor placings at Ascot on Saturday and she spared her supporters any more anxiety by skipping clear at the top of the straight.

Kimbo’s Girl is trained by Simon Miller for a partnership that includes Peter Jones and Paul Wright.  “There were no excuses today,” stable spokesman Kyle Nowland said after the TAB Touch Maiden (1400m).

“She sprung the lids and was ridden aggressively.  She toughed it right out and hopefully the win will give her enough confidence to go on and win more races.”

Patronize got her from Au Fait (More Than Ready) who cost $200,000 as a yearling but didn’t fire for trainer Tony Noonan in Victoria or WA.

Winning jockey Peter Knuckey had ridden Kimbo’s Girl when beaten a long-head by top filly Dainty Tess first-up at Ascot in February 2016.  “She’s been camera-shy but won with plenty of authority this afternoon,” he said.  “I backed off mid-race and there was something left on the line.”

Patronize has been on roll this season with the winners of 25 races and $591,660 in prizemoney headed by Magic Millions WA 3YO Trophy winner Enchanted Dream.  The Shoe leads his juvenile division after a debut win at Pinjarra followed by a close fifth in the Magic Millions WA 2YO Classic.

Darling View Thoroughbreds stands Patronize (Redoute’s Choice) and he will be joined by Champion WA 2YO Lucky Street (Oratorio) this year. 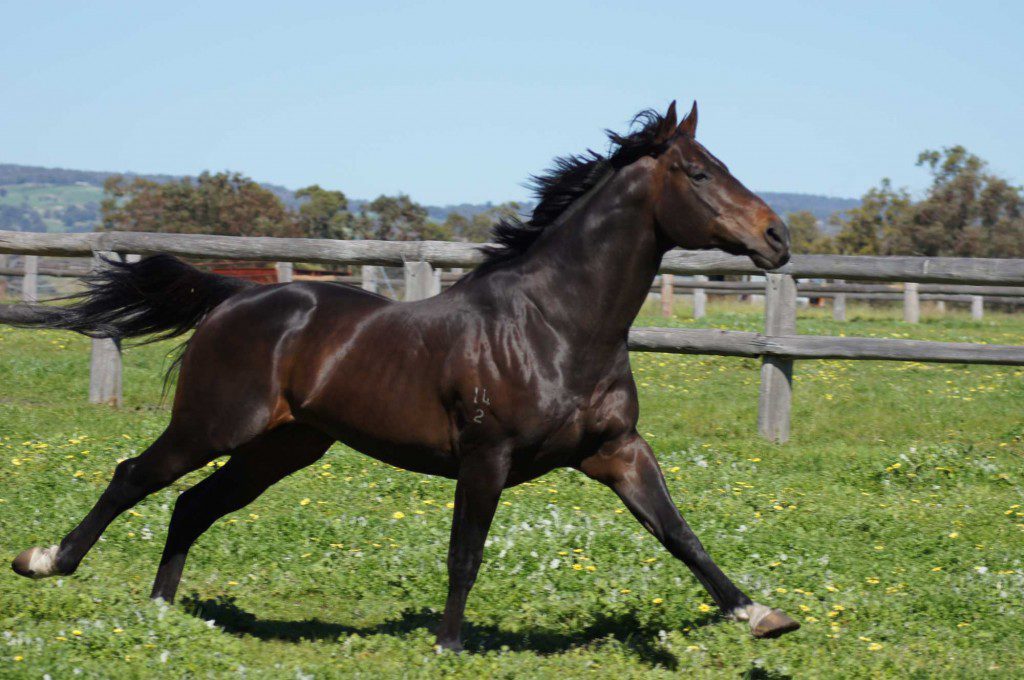