Zedfire Express (Danehill Express) is carrying a PPT to Geisel Park sire All American with the delivery due in November at Myalup.  Her dam is a full-sister to Penny Banger who foaled Behemoth.

They hail from a family nurtured by renowned south-west breeder Ellie Giles.  Their Belmont-winning dam Miss Firecracker was a first-crop daughter of Twig Ruler (Twig Moss) who was based with Giles at Korilya Stud from 1989 until his death in 2006.

All American is off to fast start this season with 8 individual winners already in 2020-21.  The latest is David Vandyke’s speedy mare All Native who was sent to the provincials for an easy-kill at Emerald on Tuesday.  She went out an odds-on favourite at her third start and bolted in by 6 lengths!

All Native is the third winner from Upwards (Show A Heart) who is a half-sister to Rich Unicorn (LR Hong Kong Premier Bowl).

Vandyke prepared All American’s Champion Group 1 filly Yankee Rose and is content to train a boutique team rather than expanding his numbers.  “I certainly don’t want my stable to be getting any bigger,” he said from the Sunshine Coast this week.  “I don’t think I’ve ever actually made a phone call to bring a horse here, I’m quite happy to be a small trainer.”

Vandyke’s stable star Alligator Blood (All Too Hard) will start first-up at Doomben on Saturday week before travelling to Sydney for the $7.5 million Golden Eagle (1500m) in October.

All American’s widely-travelled stakes performer Looks Like Elvis (pictured at Flemington) left Queensland last month to set up camp in Sydney for the spring carnival.  He raced first-up after a long spell in the G3 Show County Quality (1200m) at Randwick last Saturday but was checked when making ground along the rails at the furlong and went to the line hard-held no more than three lengths in arrears.

Looks Like Elvis will butter up in the G2 Tramway Stakes (1400m) at Randwick this Saturday with Kerrin McEvoy replacing Glyn Schofield. 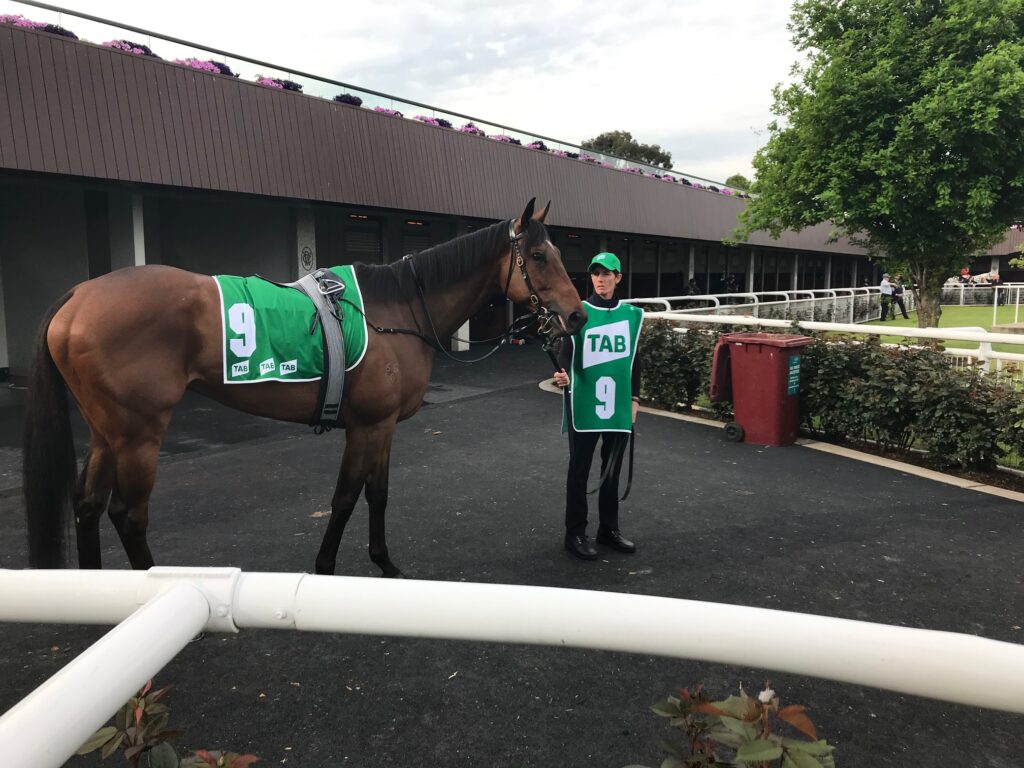