All Banter doubled her black-type record with a superb victory in the LR Adelaide Hills Railway Stakes (1100m) at Oakbank on Saturday.

The daughter of former Darling View Thoroughbreds sire I’m All The Talk will now be pointed towards the Group 1 Robert Sangster Stakes (1200m) at Morphettville on May 7.

The latest win continued the outstanding run for trainers Richard & Chantelle Jolly.  “Dad and I thought she could win today and she was strong through the line.  I guess 1200m is the question mark in the Sangster but we might as well have a crack – it’s in our backyard.

“She’s becoming a bit more tractable,” Chantelle Jolly added.  “We can ride her with a sit now.  In the early days she was just too keen and would fight the rider.  This is the soundest we’ve got her and she’s got more in her for sure.”

All Banter relaxed beautifully for jockey Jake Toeroek under topweight of 58kg to defeat the David Jolly-trained dead-heaters Larimer Street (Brazen Beau) and Gaze Grise (Puissance De Lune).  “I’ve never been so confident coming down the hill,” he reported.  “She travelled so sweetly and we had no problems angling out to the centre of the track.  She just kept going and really hit the line.

“That’s two in a row now and there’s no reason we can’t go again.  Her work has been so good and she’s a credit to Richard & Chantelle.”

I’m All The Talk sired the first-leg of an interstate double three hours earlier on Saturday when Sneaky Chance won the opening race at Ascot.  The Trevor Andrews-trained filly was spotting Lexington City (City Place) three lengths at the furlong before blousing out the leader in the Schweppes Hcp (1000m).

It completed a winning Ascot hat-trick for Sneaky Chance for a partnership that includes Andrews, his wife Joanne and Magic Millions WA Manager David Houston.  She had been placed twice in Ascot nurseries last year prior to a creditable fourth, beaten a length by Ex Sport Man (Playing God), in the RL Magic Millions 2YO Classic at Pinjarra.

“She let down nicely and we’re happy to see her going through the grades after a successful wind operation by Peter Harding at Ascot Equine Vets,” Andrews revealed.  “Sonja Price did all the rehab and Joanne rides her in all her work.” 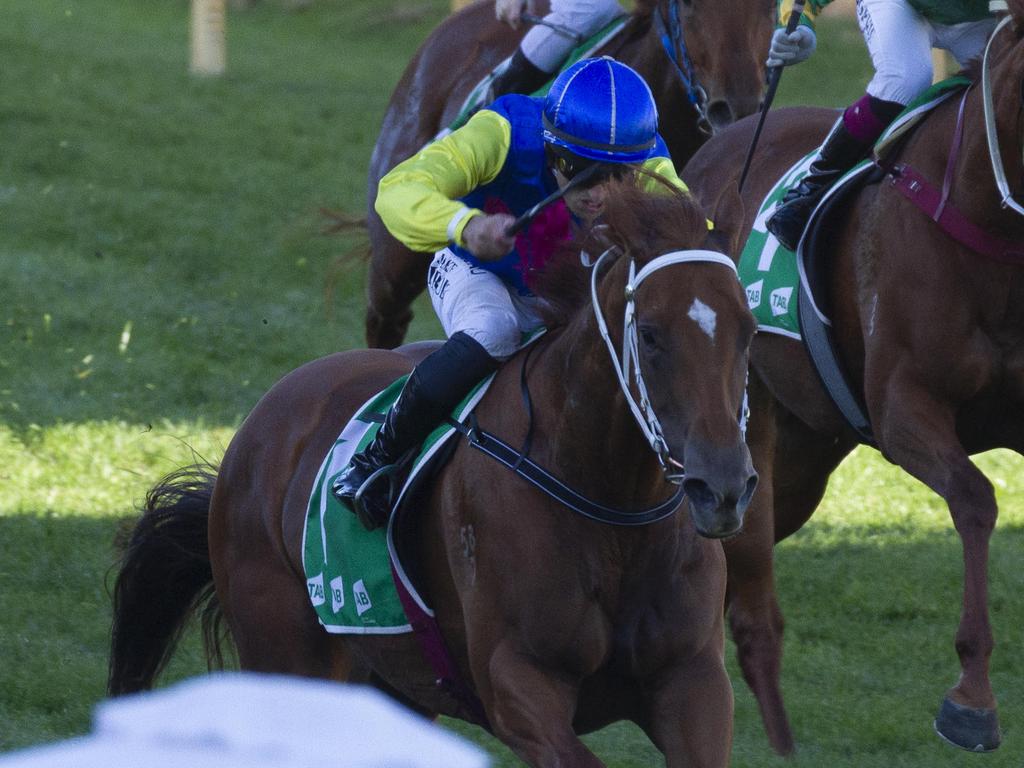