Star colt Snowdome has sent Mogumber Park stallion Rommel to the top of the WA second-season premiership after winning the G3 WA Sires’ Produce Stakes (1400m) in a canter on Easter Saturday.

Snowdome was coming off a successful seven-day break at Ascot to bank a major portion of the $200,000 in prizemoney for his connections.  He controlled a lukewarm lead set by Brad Parnham and then broke clear to defeat All The King’s Men (King’s Troop) and Kosta’s Crown (Supido).

Rommel ($1,156,430) assumed the lead for the first time on the second-season table from Gold Front resident Awesome Rock ($1,104,490).  The latter was left exposed after his divisional leader Searchin’ Roc’s refused to enter the stalls for the $100,000 Marjorie Charleson Classic (1200m) on Good Friday.

Trainer Neville Parnham, who prepared Rommel to a Group 2 victory in the 2014 WA Guineas (1600m), believes Snowdome can also win the same classic come November.  “There’s plenty of upside with this colt and he will go a for a spell now,” Parnham said.  “He’s potentially as good as his sire and we couldn’t be happier with the way he’s progressing.

“He was stepping up from 1100m to 1400m today and last week’s win knocked the edge off him.  They went slowly but he still settled in front and we think he’s got a bright future.”

Brad Parnham completed an Ascot feature double after winning the Marjorie Charleson Classic on Amasenus (Time For War).  “There’s wasn’t much pace on paper so I went as slow as possible without having to fight him.  I quickened at the 500m and it was great effort to get the job done.  Hopefully, he will mature and be able to chill out at 1600m next season.

Snowdome is raced by Parnham and his wife Carol, Bob Pearson, Mike Fagan and his breeder Santo Guagliardo.  He’s the second Stakes winner for Rommel following his older sister Pixie Chix in this year’s RL Magic Millions WA 3YO Trophy (1200m) at Pinjarra.

They’re the first two foals from Snow Pixie (Snitzel) and both were bred by Rommel’s owner Santo Guagliardo who stands the son of Commands with Colin Brown and Fiona Lacey at Mogumber Park.

Earlier on Saturday, Mogumber Park graduate Green Shadows earned a start in Group 1 company after winning the Members’ Cocktail Night Hcp (1400m) at Eagle Farm.  He had won a Goulburn maiden earlier this month and trainer Gerald Ryan sent him to the Sunshine State to avoid heavy tracks in NSW.

Green Shadows (2c Menari – Notjustaprettyface by Dehere) will be set for the G1 J.J Atkins Stakes (1600m) in June.  “He has done a lot of travelling this horse, I bought him out of the Perth Magic Millions,” Ryan said.  “He really appreciated the good surface here and races like he wants a mile.”

Mogumber Park sold him for $80,000 in the Swan Valley last year and he’s from the extended family of G1 WATC Derby winner Voile D’or (Dieu d’Or).  His dam has a filly foal by Lynward Park sire Bondi (Snitzel). 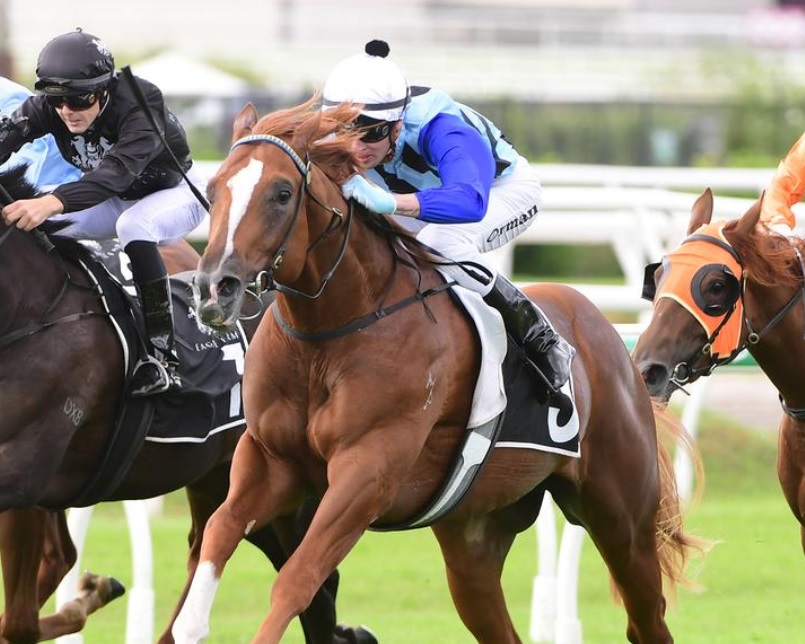