Winter fields at Geelong are a far cry from the spring carnival but Friday’s meeting could be the launching pad for a pair of seriously-bred maiden winners.

Vinery Stud champion All Too Hard was first cab off the rank with Hard Faith who picked off her rivals one-by-one with a powerful finish in the Geelong Cup 25/10 Maiden Plate (1300m).

It was a perfect dress-rehearsal for All Too Hard’s world-famous half-sister Black Caviar to unveil her barrier-to-box winner Oscietra in the Hanlon Industries Plate (1000m).

Winning jockey Daniel Stackhouse reckons there’s plenty to like about the John McArdle-trained Hard Faith.  “All credit to her – I couldn’t get any cover but she still switched off,” he said.  “We were never on the track and she showed a great turn of foot to come from that far back and win.

“There’s plenty of upside and I can see her getting a mile and further.”

All Too Hard sired her from Absolute Faith (Not a Single Doubt) who won twice at Flemington and was Group 1 placed in the 2010 Vinery Stud Stakes at Rosehill for McArdle.

He bought Hard Faith for $160,000 from the Bhima Stud draft at the 2016 Inglis Easter Sale.  Nearco Stud owner Greg Tomlinson has booked Absolute Faith back to All Too Hard this year.

Black Caviar’s first foal Oscietra (Exceed and Excel) was under a tight hold before Regan Bayliss released the brakes to put her rivals to bed on Friday.

“She did all the work in front and might have won a little bit easier if it wasn’t so windy,” Lindsay Park trainer David Hayes said.  “I’m pretty confident she will go through to city class.  She’s a black type filly in the making.”

Black Caviar is due to Vinery champion More Than Ready off a September cover last year.

All Too Hard sired his initial 3yo winner of the season when All Too Royal broke through at Pakenham on Thursday and his first crop are all heading in the right direction around Australia.

Hoofnote:  Friday’s double was an uncanny coincidence with a running double on April 18, 2009 at Flemington.  On that day, Absolute Faith won the race prior to Black Caviar’s debut win in the Cromwell Hcp. 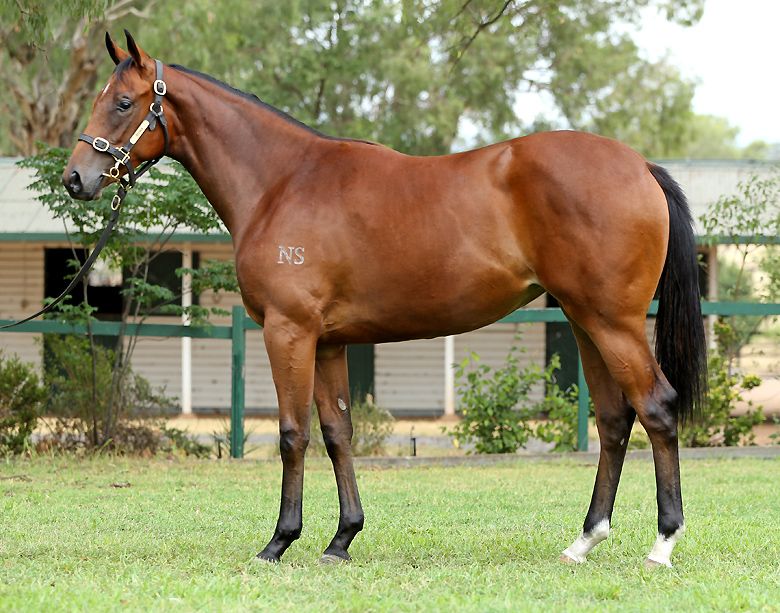