Following a successful 2016-17 with 48 winners, Boomer Bloodstock (FBAA) began the new season in kind with Prize Catch and Thunderstrut in Perth.

Prize Catch (Zoffany) won the Seacorp Hcp (1650m) at Belmont on August 2 and Thunderstrut (Choisir) broke through in the John Ward Maiden (1303m) at Pinjarra on August 10.

Smith has long-range Kalgoorlie Cup plans for Prize Catch next year.  “He’s still learning and we will keep him going during the winter months.  He’s going to be a much better horse in 12 months.

“He used to go out hard but we ride him cold now,” Smith continued.  “He ran well in a good field last time and the form out of that race has stacked up.”

The 4yo gelding is a younger half-brother to G3 Hobart Cup winner Hurdy Gurdy Man and was a $42,000 Boomer buy at the 2015 Inglis Classic Yearling Sale.  He is owned by a Belhus Racing syndicate that includes former Carlton premiership player Ross Ditchburn.

Thunderstrut (Choisir) scored an all-the-way victory as an odds-on favourite at Pinjarra on Thursday.  Boomer’s Craig Rousefell bought the 3yo filly for $120,000 from Dawson Stud at the 2016 Perth Magic Millions on behalf of part-owners Richard & Mark Bayliss.

Choisir sired recently retired Boomer graduate Obviously (G1 Breeders’ Cup Turf Sprint) and his WA winner is a half-sister to Catlantic who has won 8 races to date in Perth and the Great Southern for Lex Piper and Graham Daws. 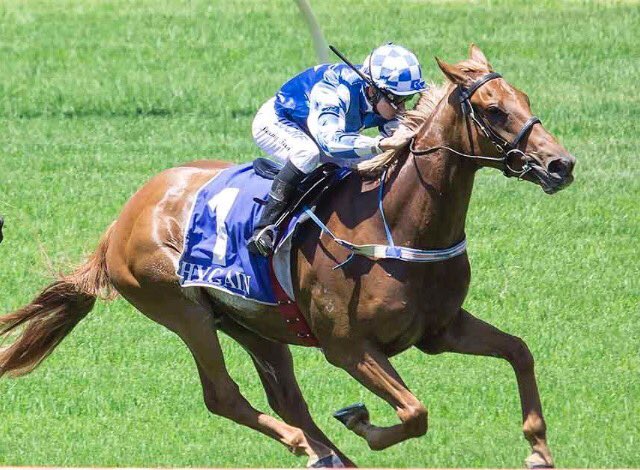