Allibor completed a meteoric rise into classic company with a thrilling victory in the Sandown Guineas Gr.2 on Saturday.

Another 3yo son of Vinery sire All Too Hard with untapped potential, he kicked off with maiden placings at Donald and Bendigo last month prior to an eye-catching fourth in the Springtime Stakes LR at Flemington.

Allibor stepped up to 1600m off a seven-day break on the Hillside circuit and fought back like the genuine article when tackled by Sweet Reply (Deep Field).  “He’s exciting but still very raw,” trainer Symon Wilde declared.  “He didn’t see the other horse till very late but really responded for Dean (Yendall).”

Wilde pin-hooked him for $60,000 at the 2019 Inglis Melbourne Premier Sale when offered by Blue Gum Farm on behalf of breeder Simon Raleigh.  “I liked him a lot as a yearling and thought he would be popular at the Inglis 2YO Sale with Hong Kong form in the family.

“We decided on a $100,000 reserve but he didn’t breeze in quick time and was a bit immature.  I brought him back home and he looks very cheap for that price now!”

Allibor is the 18th stakes winner by All Too Hard and among them is 2017 Sandown Guineas winner Villermont.  His dam Libor Lady (Exchange Rate) won three Stakes races in North America and she has foaled the Hong Kong winners Otouto (Haradasun) and Little Bird (Starcraft).

Wilde has long-terms plans to set him for next year’s South Australian Derby Gr.1.  “He will need to keep improving but he has an unbelievable temperament and has obviously got a motor.  He beat a pretty smart one on Saturday and they spaced the rest.”

The Sandown Guineas finished a week of mixed news for All Too Hard.  Group 1 star Alligator Blood, last seen running below par in the Golden Eagle, requires back surgery and may not be back in action until the Brisbane winter carnival.

His South African spearhead Frosted Gold returned to winning form in the Computaform Online Stakes (1400m) at Turffontein on Saturday.  “He’s a capable horse but has been battling niggling injuries,” trainer Mike De Kock said.  “He accounted for a good field and we may consider a race like the (Gr.1) Queen’s Plate.” 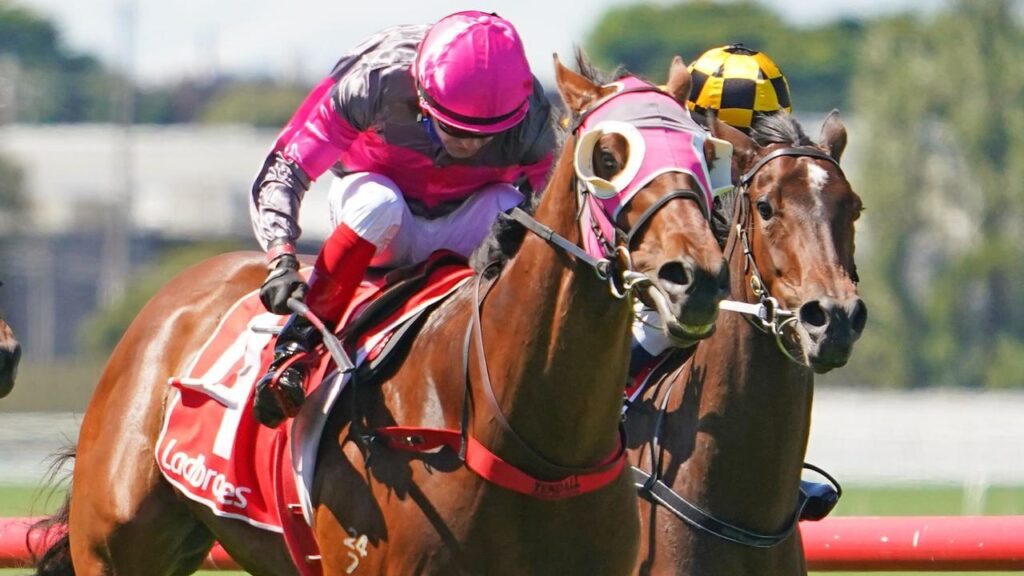