Casino Prince had his best result at the races for over eight years when Sweet Deal won the $1 million TAB Hunter Hcp (1300m) at Newcastle on Saturday.

Vinery Stud’s quiet-achiever has sired the winners of over $48 million in a magnificent career but Sweet Deal’s $580,000 pay-day has only ever been surpassed by his champion first-crop colt All Too Hard who banked $608,000 for winning the Caulfield Guineas Gr.1 in 2012.

Sweet Deal has now earned over $1.35 million from 10 wins in 37 starts for trainer John Thompson and a syndicate managed by Calie Stone.  They bought her for $67,500 at the 2016 Inglis Classic Sale and her Group 3 strikes include the Tibbie Stakes, Triscay Stakes and Toy Show Quality.

“John told me to take a sit – that’s when she produces,” jockey Nash Rawiller revealed.  “She’s a bulldog and it’s a different scenario when she can get a bunny to chase.  It’s a great thrill to win a million-dollar race and she just keeps raising the bar as we’ve gone along.”

Sweet Deal was bred by Pip Cooper from her Canterbury winner Dorothy Evelyn (Royal Academy) and the mare’s final foal is a 2yo colt by Casino Prince that has been retained.

The Hunter winner was prepped for the Classic Yearling Sale by Edinglassie studmaster Mick Talty.  “From an early age I felt that she was a filly that was going to mature into a good race mare,” he said.  “John and his team have done a wonderful job with her and it’s great for Pip who is a fantastic supporter of our farm.”

Sweet Deal will return for a campaign that will likely include a defence of the Toy Show Quality while connections will also be hoping she improves on a best-forgotten fifth in the Queen of the Turf Gr.1 on a Heavy 8 at Randwick in April.

“We very nearly retired her before the decision was made to give her one more year on the racetrack,” Thompson added.  “There’s a lovely mares series during the autumn and we will have one last crack at a Group 1.”

Sweet Deal is one of 19 individual stakes winners by Vinery sire Casino Prince and his overall winning strike-rate maintains an upward arc at 72%.  Broodmare owners searching for a bargain can still book into Casino Prince for a $5,500 (inc GST) service fee this season by contacting Adam White (0414 800 918) or Harry Roach (0401 970 006). 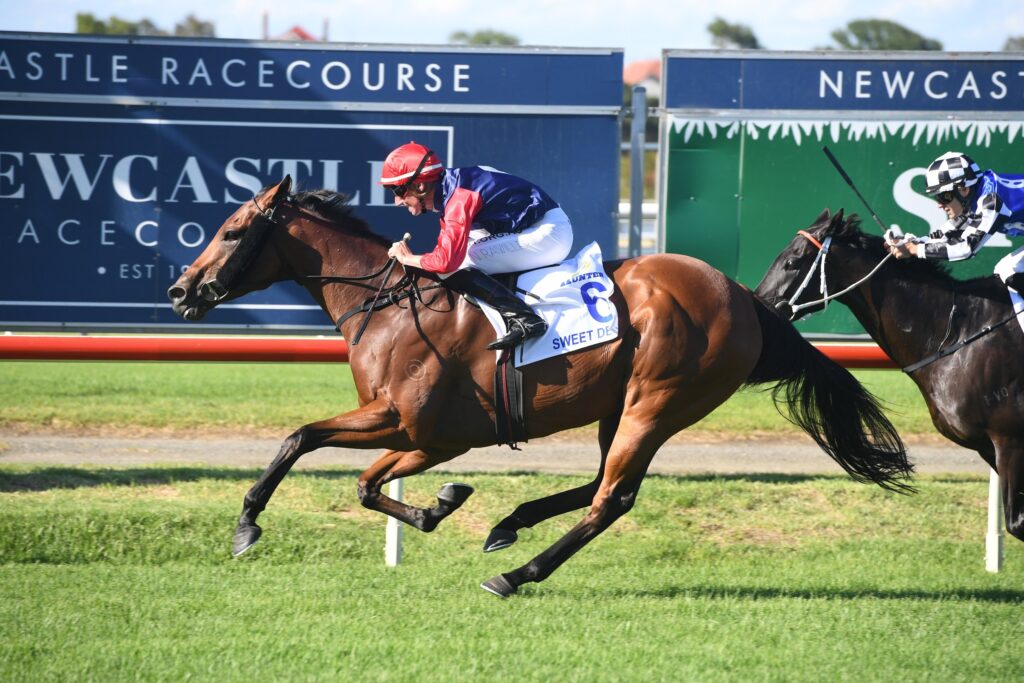