Vinery sire All Too Hard has kicked off the new season with a superb win by regally-bred colt Hard Landing at Moonee Valley.

Hard Landing has black-type targets in sight following an on-pace victory for Lindsay Park on Saturday.  He paraded looking the part first-up while firming into a $4.40 second-favourite for the Jockey Celebration Day Hcp (1000m).

“He won the (Gr.3) Maribyrnong Plate last year and we thought he was a genuine chance for the Blue Diamond and Golden Slipper,” co-trainer Ben Hayes recalled.  “But he got quite sick and was on a big dose of antibiotics before we turned him out for a spell.”

Hard Landing sat outside market-leader Theresabearinthere before accelerating at the top of the straight for a half-length victory over Diesel ‘N’ Dust (Pride Of Dubai).

Hayes said the 3yo colt had come back in fantastic order for a spring campaign.  “He has matured and grown over the hind-quarters.  He handled Moonee Valley today and will come back here in three weeks.”

The $140,000 McKenzie Stakes LR is scheduled for August 22 and he also holds a Group 1 nomination for the $1 million Golden Rose in Sydney on September 26.

Hard Landing’s dam Snitzerland (Snitzel) scored a signature Group 1 victory at Flemington in the 2014 Lightning Stakes.  He’s a homebred for Vinery partner Steve McCann and Neil Werrett and they race him in a syndicate that includes Darren Thomas and Laurie Macri.

They are also in Exceedance and long-term plans could revolve around a Group 1 double for Vinery in the Coolmore Stud Stakes Gr.1 at Flemington on October 31.

Snitzerland’s 2yo colt by I Am Invincible has been named Chief Conductor.  He was a $600,000 buy for Domeland owner Y P Cheng out of the Vinery draft to the Inglis Easter Yearling Sale in April.

All Too Hard’s first win of the season at Moonee Valley comes a day after news his Group 1 star Alligator Blood could be re-routed to the Cox Plate Gr.1 instead of the $7.50 million Golden Eagle at Rosehill.

“The Cox Plate is on the radar due to the new border restrictions between Queensland and NSW,” Sunshine Coast-based trainer David Vandyke declared.  “It’s easier to get Melbourne than Sydney – there are flights to Melbourne whereas there are no flights to Sydney.”

Cox Plate nominations close on Tuesday and Vandyke declared Alligator Blood will be paid up for Australia’s weight-for-age championship over 2040m.  He has been installed on the second-line of TAB Cox Plate markets at $15.

All Too Hard stands at Vinery at an unchanged fee of $27,500 (inc GST) this year payable on a live foal. 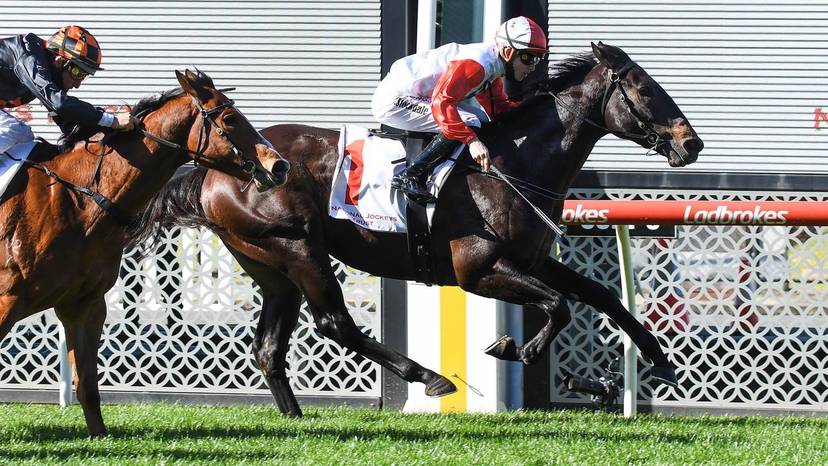