Champion jockey Willie Pike is well-placed to parlay another WA title into a career-high spring carnival in Melbourne.

Pike has been booked to partner Perth-owned Schabau (Ger) throughout the imported stayer’s G1 Melbourne Cup campaign and he will also be available to ride Peter Investments raiders Arcadia Queen, Regal Power, Superstorm and Perfect Jewel.

Unbeaten filly Chantrea is another local star expected to travel east after completing a winning double in the LR Belmont Oaks and LR Belmont Classic earlier this month. Pike has been aboard the John Yovich homebred in all six wins since a Bunbury maiden in January.

Yovich hasn’t decided whether Chantrea will transfer with the rest of the WA spring contingent or wait until the autumn carnivals. “It’s not cut and dried especially with all the concerns over coronavirus. It’s likely she will eventually have a tilt at some of the major races over there but she’s still filling out and won’t mature for another six months or more.

“We’ve been patient and it’s starting to pay off. William told me after the Belmont Oaks that when she saw the other horse (Cambist) coming, she picked up again and wasn’t going to let her go past.”

Chantrea (Puissance De Lune) is the final foal of Mosse (Danzig Connection) and her residual value is assured when she is retired by Yovich and part-owner Katrina Felstead.

Bourbon Dynasty will be covered by Puissance De Lune at Swettenham Stud this season and hopefully produce a three-quarter sibling to Chantrea in August 2021.

Her first two foals are colts from the first two crops of Geisel Park sire Vert De Grece (Ire). “The yearling is being prepped by Dion Luciani,” Geisel Park manager Conor Dunlop said this week. “He’s been there for about six weeks and we’ve been receiving positive reports from Dion. That’s been the feedback for all our Vert De Grece yearlings.

“Bourbon Dynasty’s second colt was a November foal so we gave her a year off. Eddie has already sent her over to Heartford Thoroughbreds in Romsey and she will be an early cover for Puissance De Lune.”

COVID-19 notwithstanding, Rigg is also keen to get across to see Schabau perform in Melbourne. He is part of a syndicate in the 5yo stallion that’s managed by Serpentine breeder Geoff Evans.

Schabau only faced the starter a half-dozen times in Germany prior to a winning hat-trick at Flemington earlier this year. A tendon injury delayed his progress last season but he’s in the right hands with Robert Hickmott who has trained Melbourne Cups winners Green Moon (2012) and Almandin (2016),

“He’s at Macedon Lodge and it’s a world-class facility,” Dunlop said. “Robert gave us a tour and believes Schabau has the potential to be a Cup contender.”

Geisel Park has nominated 17 yearlings for the 2021 Perth Magic Millions Yearling Sale with a majority by its sires All American (Red Ransom) and Vert De Grece (Verglas). 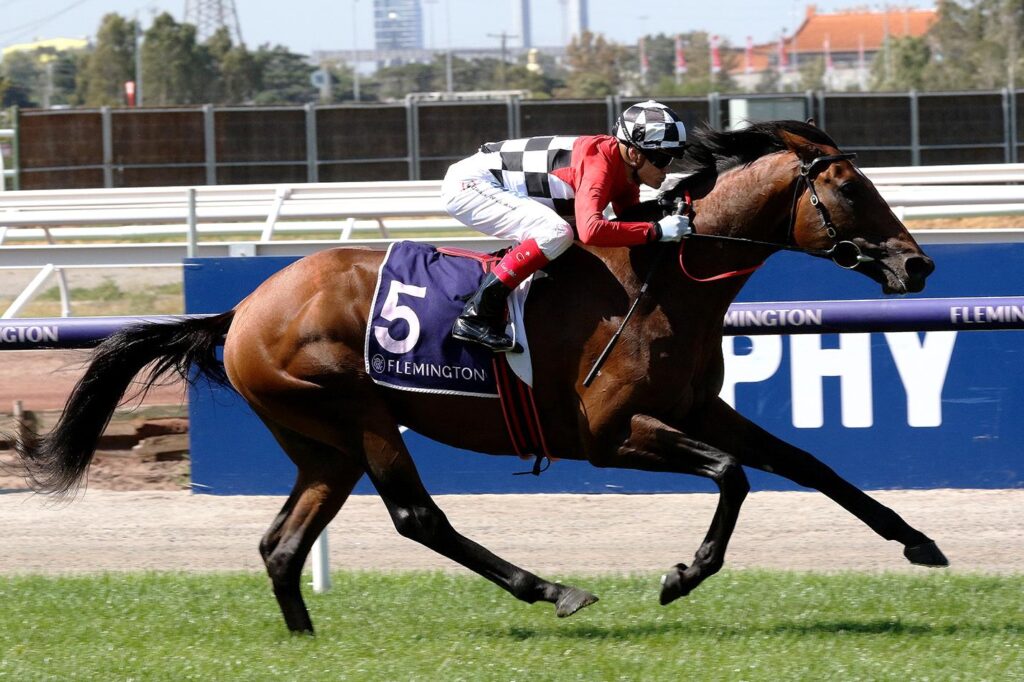