Vinery champion All Too Hard continued his rise up the Australian prizemoney and black-type ladders when Amangiri won the Hawkesbury Gold Cup Gr.3 at Rosehill on Anzac Day

All Too Hard has sired 8 individual stakes winners in Australia this season and he’s is currently third on the stakes wins table.  Snitzel (20) leads from I Am Invincible (15) and All Too Hard (14).

Amangiri (4m All Too Hard – Secret Indulgence by Fastnet Rock) had claimed her first Group 3 in the Tesio Stakes at Moonee Valley in October.  “She really attacked the line today and it was a very deserved win,” co-trainer Michael Hawkes said.  “She’s a big mare and has been very good to our family.”

Team Hawkes trained All Too Hard to Australian Champion 3yo honours in 2012-13 and they have played a big part in his success at Vinery Stud.  Their 17th individual winner by him arrived last Tuesday when Sessions Road scored a front-running victory in a 3yo maiden at Ballarat.

Amangiri appreciated the drop in grade at Rosehill after making the pace in the Emancipation Stakes Gr.2 and Queen Of The Turf Stakes Gr.1  “There was a little bit of speed on paper today and Tommy (Berry) said he would take a sit if something wanted to lead,” Hawkes added.  “That was the way it panned out and she sprinted home nicely once she got through that gap in the straight.”

“She was a lot more relaxed in the run today,” Berry said.  “It was a massive improvement getting back on top of the ground and she had those two runs that got her fitness back to where it needed to be.

“I got beat on Amangiri in the Adrian Knox Stakes this time last year so it was nice to get one back for Mrs Hawkes.” 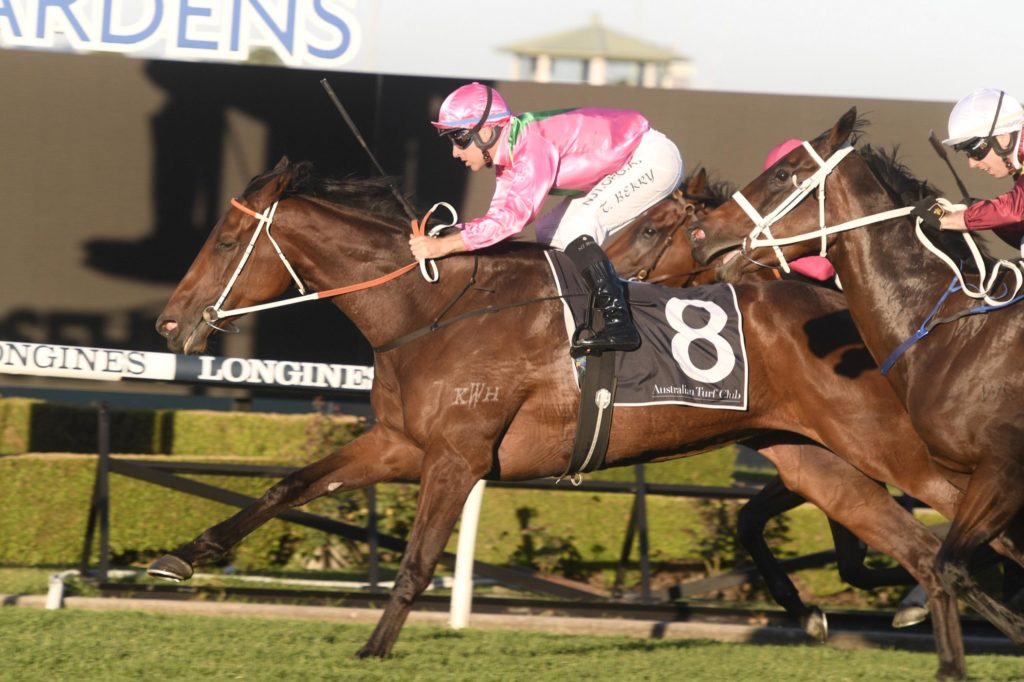