Catalogued as Lot 135 for the October 4 auction, he scooted over 200m in 10.72s.  “He’s a nice horse,” Benalla-based vendor Tal Nolen said.  “Jye McNeil was aboard and was very happy with the way he felt.

“I like Americain.  I’ve broken-in a few of the first ones and they’re good types.”

Nolen pin-hooked his colt for $40,000 out of the Inglis Classic yearling sale in February and he’s bred to get over ground.  First-dam Year Of The Cat (Tale Of The Cat) won over 2100m at Avondale and second dam Luskin Lady (Dedicated Rullah) won a Group 3 at 2600m in New Zealand.

The Americain – Zadiamond colt (Lot 137) was a tick slower in 10.91s at Cranbourne.  He was pin-hooked by Frankie Stockdale for $60,000 at the Melbourne Premier yearling sale in March when offered (as agent) by Americain’s part-owners Kevin and Colleen Bamford.

American Deluxe looks another early winner following an encouraging second on debut at Belmont Park last Saturday.  Racing over 1600m on turf, she was bumped on barrier rise and sat three-wide with the tail-enders before finishing resolutely behind the winner Ticonderoga (Tapit).

Americain (Dynaformer) had 40 foals in his first-crop at Calumet and another 115 later the same year at Swettenham.  He is currently covering his fourth southern book at Nagambie for a $13,750 (inc gst) fee. 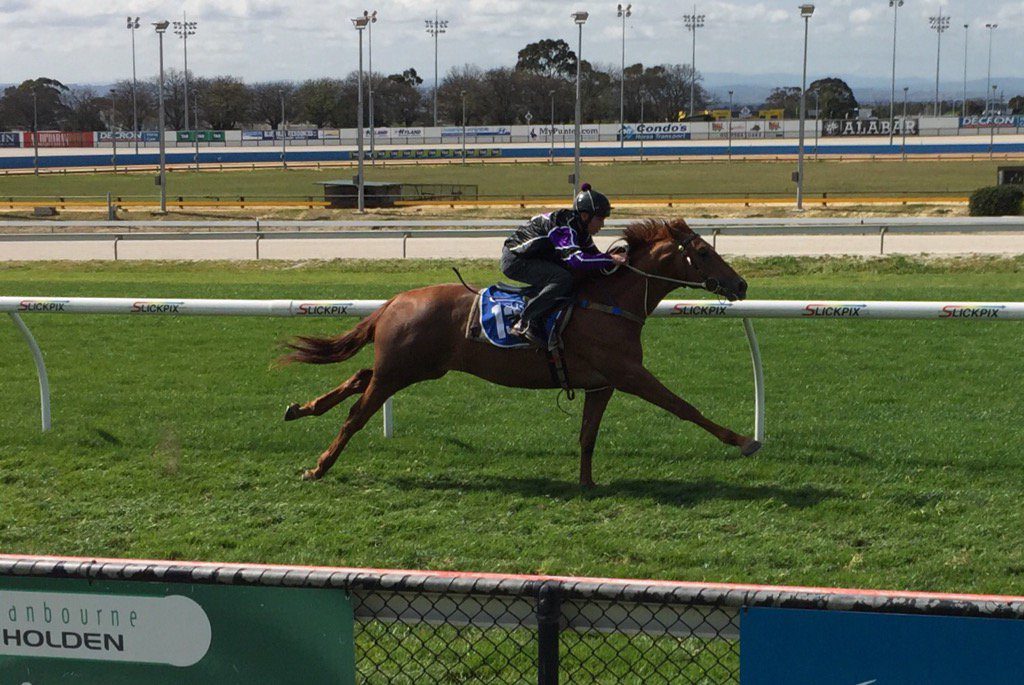