Tatura breeder Stuart Pickworth will be happy enough if Valliano turns out anywhere near as good as Trust In A Gust.

Pickworth and Swettenham Stud owner Adam Sangster bred Valliano who was named 2016 Super VOBIS Horse of the Year after winning the $250,000 Inglis 2YO Premier and $280,000 VOBIS Gold Ingot at Caulfield.

Sangster bred Trust In A Gust to claim the 2014 Super VOBIS Horse of the Year award.  He graduated to Group 1 victories in the Sir Rupert Clarke Cup & Toorak Hcp and is now covering a very strong first book back at his birthplace in Nagambie.

Valliano (3g Equiano – Miss Valley Road by Elusive Quality) is also gunning for a Group race during the spring carnival.  He resumed with a first-up fourth in the G3 Vain Stakes last month but a bruised heel meant he missed an intended start at Caulfield a fortnight later.

Back on deck for the G2 Danehill Stakes at Flemington last Saturday, he finished two lengths off Kiwi colt Saracino and will be all the better for that run next time out.

Stuart owns Pickworth Orchards which supplies apples and cherries fresh to markets.  “I’m passionate about racing and you can’t beat having a good one like Valliano,” he said.  “We’ve got a great group of owners in the syndicate and hopefully there’s more wins to come this season.”

“I kept a share with some clients from Lindsay Park after we sold him at last year’s Melbourne Premier,” Pickworth recalled.  “He made $60,000 and we’ve already banked $364,000.”

The syndicate includes Nick & Gail Psaltis, Evan & Mandeep Twomey, Peter McPherson, Dale Paterson and Peter Cox.  “Evan and Mandeep fly over from New Zealand to watch Valliano.  They reckon training expenses are the same over there but prizemoney is nowhere near what we race for in Australia.”

The Kiwi couple visited Swettenham recently and inspected the new-season yearlings including Valliano’s younger brother who will be entered for the 2017 Melbourne Premier.

Valliano’s dam Miss Valley Road was trained by Leon Corstens for the late Phil Sly and she won at Benalla and Bendigo.  Sangster and Pickworth put the mare to Swettenham shuttler Toronado (Ire) last year and are expecting another foal in the first week of November.

Pickworth met with Sangster and the stud’s general manager Brian Gorman before branching into the breeding side of the business.  “It’s a professional outfit and they gave me a better understanding of what’s involved.  I couldn’t be happier with the way things have turned out with Swettenham.  They do an excellent job.” 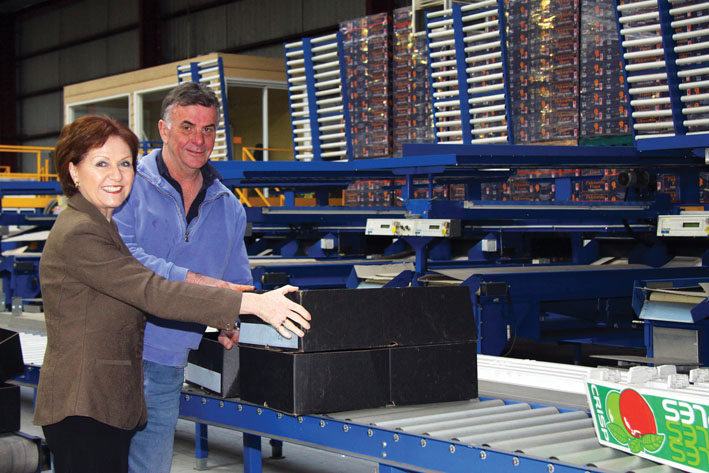