Swettenham Stud has jumped the blocks delivering the first updates for its consignment to the 2017 Inglis Melbourne Premier Sale.

With 38 yearlings, Swettenham is second only to Supreme Thoroughbreds (43 lots) among vendors with Americain (USA), Master Of Design and Equiano (Fr) all represented at Oaklands.

The Americain – Northeast Note filly (Lot 598) received a pedigree addition within 24hrs of the online catalogue being released when her half-sister Northkape won first-up at Cranbourne on Friday.

Northkape (Kaphero) completed a double for trainer Robbie Griffiths and stable apprentice Nathan Punch.  “It worked out well.  The speed was on up front and she settled in a nice spot behind the leaders,” Punch reported.

“She came off the fence at the top of the straight and really hit the line.”

Swettenham owner Adam Sangster and Limerick Lane’s Gerry Ryan bred Northkape and the Americain filly being prepped for the Melbourne Premier at Nagambie.  Their dam’s half-sister Berlioz won the Listed VRC St Leger and the family goes back to iconic broodmare Eight Carat.

Northkape cost just $5,000 at the 2014 VOBIS Gold Sale and that looked rock-bottom when she won the $130,000 Inglis VOBIS Gold Plate (1000m) at Cranbourne in April.  She is raced by Chris Dickinson (Sharing Winners) and Dean Humphries (Clanbrooke Racing).

Swettenham’s Americain – The Gem filly (Lot 287) at Melbourne Premier was the subject of a stakes winning update at Ascot on Saturday.  She is from a half-sister is the dam of rising stayer Kia Ora Koutou who won the Listed JRA Trophy (2200m).

Americain averaged $65,300 when 17 of his first-crop found new homes at Oaklands earlier this year.  There are another 12 yearlings catalogued for the 2017 Melbourne Premier. 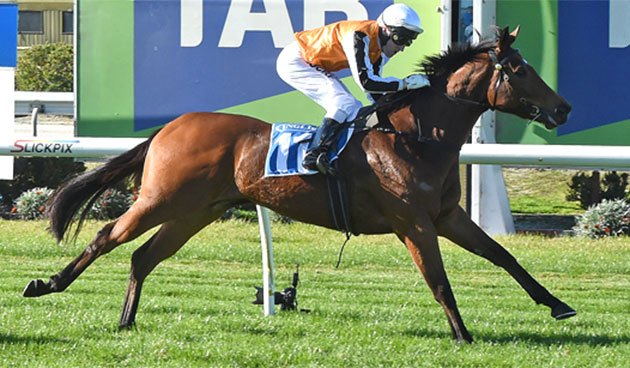