Her lightly-raced 3yo Elite Icon broke his maiden by four lengths over 1200m at Moonee Valley last month and went right on with the job at the same venue on Friday evening for first-time rider John Allen and trainers Tony & Calvin McEvoy.

Elite Icon (Nicconi) is a half-brother to G1 Winterbottom Stakes winner Elite Street (Street Boss) and he led throughout to coast home in the Lawn Rules Hcp (1200m).  “We’ve got big ambitions for this horse,” Calvin McEvoy claimed.  “He’s very exciting and could be just about unbeaten.

“If you look at his runs, the times he has been beaten, it hasn’t been very far.  They probably went a little bit quick tonight but he dropped them for a really nice win.  I told Johnny he didn’t need to lead but, if you want, he’s got the speed.

“It is a really good ownership group headed by Suman Hedge, Rob Chapman, Dave Barham and Simon George and it’s also a great result for our whole team at Ballarat.”

Anita Vale’s Robert and Anne Anderson sourced Elite Ateates for $65,000 as a broodmare prospect in Victoria and she foaled Elite Street first-up in 2016.  Elite Icon arrived two years later and the Mardella-based breeders sold him through Dawson Stud at the 2020 Perth Magic Millions.

“He cost $160,000 over there and we were lucky enough to buy his Written By half-brother at the Inglis Premier last week,” McEvoy continued.  “He was a bit more expensive at $380,000 but we love the family.”

The Andersons sold the Written By colt through Michael Flannery’s Springmount consignment and the WA link turned full-circle at Oaklands when Belmont Bloodstock’s Damon Gabbedy bid on behalf of McEvoy Mitchell Racing.

“I bought Elite Ateates off the track for the Andersons,” Gabbedy recalled.  “We’re thrilled with the Written By colt.  He’s outstanding and we have a huge opinion of Elite Icon.”

Elite Ateates has a weanling colt by Spendthrift sire Omaha Beach (USA) and was bred back to Darley champion Frosted (USA) last year.

Meanwhile in Melbourne, Elite Street’s trainer Dan Morton was still weighing up his options with Dawson Stud-graduate Kissonallforcheeks.  The Written Tycoon mare flew in from Perth last week and was booked for a float to Sydney in time for the G1 Coolmore Classic (1500m) at Rosehill next Saturday.

But if torrential rains continue to batter the Harbour City, Morton will stay put and run Kissonallforcheeks in one of the support races on the G1 Newmarket Hcp card at Flemington. 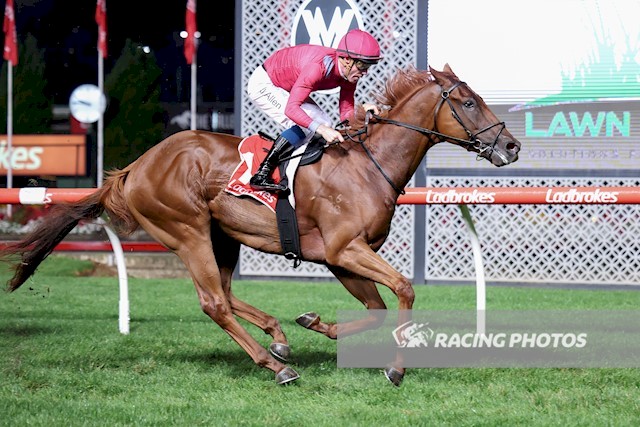