All Too Hard’s relentless winning run continued in Singapore on Sunday when Infinite Wisdom blitzed his rivals on debut in the Mister Yeoh Maiden (1200m).

Infinite Wisdom (3g All Too Hard – Sencircles by Street Sense) crossed from an outside gate and settled like a seasoned campaigner in front.  Well-rated by champion apprentice Simon Kok Wei Hoong, he sprinted clear in the straight to win eased down by over a length from hot favourite Day Approach (Dawn Approach).

“He was ready to race before the COVID-19, but we had to bring him back for barrier education,” trainer Stephen Gray said.  “He was well-behaved today and I had told Simon to go forward and stay out of trouble.

“He showed tremendous speed but had to work early and he did it well.  Simon was very impressed and I think he will go on to become a very good horse.”

Jamieson bred All Too Hard and sold him for $1 million as a yearling at the 2011 Inglis Easter Sale.  He went on win four times at Group 1 level before retiring to Vinery Stud where he stands for a $27,500 (inc GST) fee payable on a live foal. 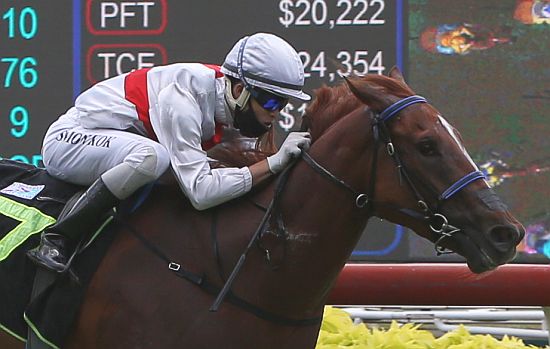