Peppi’s Pride has been a wonderful mare for Capel trainer Jimmy Grieve ever since she won a Bunbury maiden for him in November 2005.

Now 19, the daughter of Haulpak sire Star Pak raced 78 times for 10 wins and 20 placings and has been just as valuable at stud foaling winners by Rangeview Stud stallions So Secret, Key Business, Henny Hughes and Galah for Grieve.

Her Galah sprinter Cockyjoy won a Bunbury maiden on debut last December and she scored a city first on Wednesday in the TABtouch Hcp (1000m).  Given cover behind the leaders, she was stirred into action by jockey Jade McNaught to win by over a length in a quick 59.13s.

“The dam has thrown winners over all distances and I think this one will get out to 1600m,” Grieve said.  “She’s a handy mare but not the best of them.  Her younger full-sister could have been anything but she broke her back.”

Peppi’s Pride has a yearling filly by So Secret and was a late cover for Galah in December 2019.

McNaught expected a better performance from Cockyjoy after finishing a four-length runner-up at Ascot on November 3.  “She was underdone first-up and we lobbed one-one today.  She was keen in running and when I let her off the bridle, she really let down.”

Rangeview stallions filled out a quinella later in the day at Ascot when Secret Pearl (So Secret) defeated Pink And Purple (Galah) in the Heineken Hcp (2200m).

Secret Pearl was bred and sold by Rangeview for a bargain $1,500 at the 2017 Perth Magic Millions Winter Sale.  Her dam Hyden is an Australian-bred daughter of Galileo from LR Natasha Trophy winner Wave Rock (Blackfriars).

Hyden’s final foal is an unnamed 2yo colt by Galah with Sharon Miller. 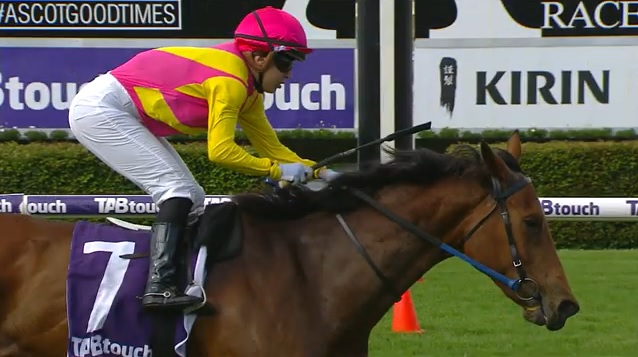