Aristia has etched her name into Vinery’s honour-roll of Group 1 graduates with an outstanding victory in the VRC Oaks (2500m) at Flemington.

A convincing dress-rehearsal winner of the Wakeful Stakes Gr.2, she returned to headquarters on Thursday and completed a ground-breaking double for trainers Mat Ellerton and Simon Zahra.

“It’s a defining moment in our partnership,” Zahra said.  “Winning a Group 1 staying classic is so important for our CV.  If anything, she had really come on from the Wakeful.  She ate up and even paraded better than Saturday.

“The distance was an unknown but she goes to sleep with cover and Damian (Lane) gave her a great ride behind the leaders.”

Aristia (3f Lonhro – Nakaaya by Tiger Hill) ranged up to front-runner Greysful Glamour at the furlong and maintained a three-quarter length margin to the line.  “I played the race over and over in my head last night – I couldn’t stop thinking about it,” Lane admitted.  “It’s easily my biggest thrill in racing.”

Vinery partner Greg Perry bred and sold Aristia for $80,000 through Vinery’s consignment to the 2017 Inglis Easter yearling sale.  He kept a share in the filly who banked over $605,000 for a large syndicate managed by Tim Wilson of First Light Racing.  “Mat and Simon loved her at the Easter Sale,” Wilson recalled.  “That convinced me and, as always, they were right!”

Perry raced her dam Nakaaya with trainer Mick Price to win the 2011 Sunline Stakes Gr.2 at Moonee Valley.  She descends from the T J Smith-trained Princess Talaria (Dignitas) who defeated Show Ego (Showdown) in the 1977 Thousand Guineas Gr.1 before her stablemate turned the tables three weeks later in the VRC Oaks Gr.1.

She also completed a Group 1 double for Vinery this week following the Breeders’ Cup Sprint win by More Than Ready champion Roy H at Churchill Downs on Saturday.

Perry will capitalize on the VRC Oaks victory when he offers a half-brother to Aristia at the Magic Millions Yearling Sale in January.  Catalogued in the Vinery draft, he’s by Written Tycoon and will parade as Lot 849 on the Gold Coast.

“It’s a fantastic result for Greg,” Vinery’s Nominations & Sales Manager Adam White said on Friday morning.  “He also bought back her More Than Ready half-sister Zolani at the Magic Millions National Broodmare Sale in June so we have quite a few of the family.

“Aristia always looked as though she would take some time as a yearling. She did perform well as a juvenile but that was just from natural ability and she’s obviously really come on this season.  The Written Tycoon colt heading to Magic Millions is a bit stronger and more forward than Aristia at the same age and he certainly looks a nice 3yo type as well.” 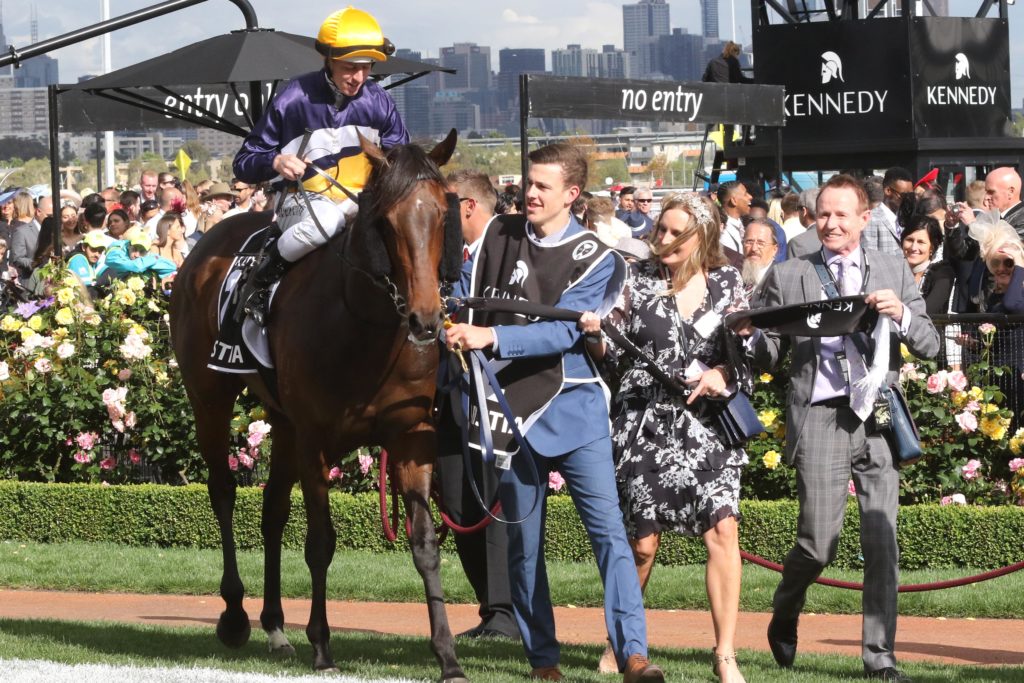