A grey colt by Blue Gum Farm sire Glass Harmonium has topped the FBAA leader-board at the Inglis Ready2Race Sale.

Offered by Baystone Farm (Lot 175), he was targeted by Astute Bloodstock’s Louis Le Metayer for $150,000 and will eventually head to the stables of Richard Gibson in Hong Kong.

“He’s an impressive colt who breezed extremely well in 10.53 seconds,” Le Metayer said. “It was an excellent sign of natural speed for a horse bred to be a late-maturing stayer.”

Bred by Paul and Mike Moroney, who trained Glass Harmonium (Ire) to a Group 1 victory in the Mackinnon Stakes, the 2yo colt is from a half-sister to SAJC St Leger winner Thousand Veils (Zabeel).

Astute Bloodstock’s Perth graduate Achernar Star began a Group 1 summer campaign with a first-up victory at the stand-alone Bunbury meeting on Saturday. Last season at three, he was placed in the G1 Kingston Town Classic and trainer Simon Miller will set him for this year’s $1 million weight-for-age feature on December 8.

Achernar Star (Gingerbread Man) was a $75,000 buy for Le Metayer at the 2016 Perth Magic Millions acting on behalf of Amelia Park owner Peter Walsh and he has already earned over $600,000.

Julian Blaxland was also in a buoyant mood at Riverside Stables after the Group 3 victory of Blue Sky Bloodstock graduate Sunlight at Caulfield. He bought three colts including a $50,000 son of Kuroshio (Lot 105) from Baystone Farm.

The trio were purchased on behalf of Qiji Bloodstock owner Fudong Niu. The Chinese businessman races Ellerslie stakes winner Qiji Phoenix (Not A Single Doubt) and he is back in work with Toby Edmonds after two unplaced runs at the Brisbane winter carnival.

Duncan Ramage (DGR Thoroughbred Services) snapped up an Artie Schiller – Taraneem colt (Lot 170) for $75,000 on Monday. He was a $40,000 pinhook for Meredith Park at the 2017 Magic Millions National Foal Sale.

DGR graduate Fortification will be heading back to town after a front-running victory at Kembla Grange on Saturday. The Redoute’s Choice colt had won a Warwick Farm maiden first-up for trainer Gwenda Markwell and owner Matthew Sandblom last month.

Fortification is out of a Melbourne-winning half-sister to Group 1 champion Criterion and was a $35,000 bargain at the 2017 NZB National yearling sale.

Foxwedge filly Into The Abyss is another exciting prospect for Ramage and Sandblom. She was Group 2 placed in a Golden Slipper prelim earlier this year and will win a stakes race this prep on the strength of a first-up fifth to Sunlight at Caulfield on Saturday.

Into The Abyss was a $240,000 DGR buy at the 2017 Gold Coast Magic Millions on behalf of Sandblom, Michael Alexeeff and Dato Tan Chin Nam. 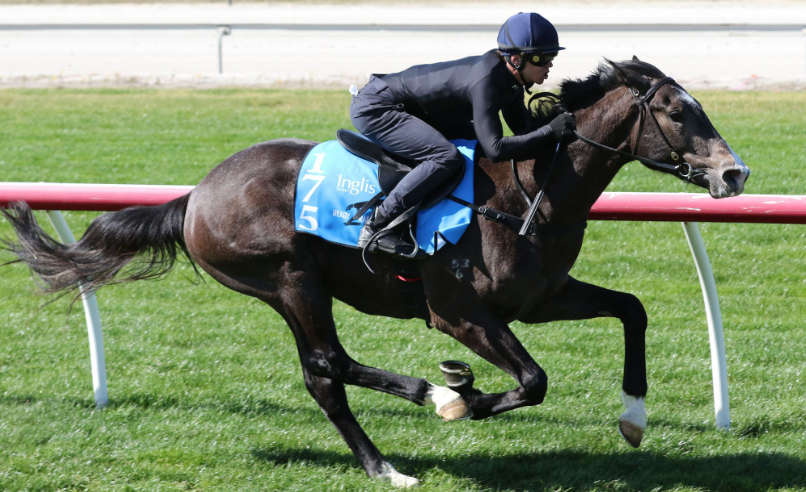