Victorian vendor Ryan Arnel struck gold on Monday with an All Too Hard colt that made $260,000 at the Inglis Ready2Race Sale.

The colt had been pinhooked for $100,000 at this year’s Inglis Melbourne Premier Yearling Sale and Arnel was confident he would be popular at the Riverside Stables.  “He was on the radar with lots of agents ringing me after he breezed at Cranbourne in 10.77s.  He’s well put together with a beautiful action and there’s plenty of black-type on the page.”

Catalogued as Lot 95, the All Too Hard – Kamarla Rose (Nadeem) colt was equal second on the leader-board after being purchased by Hong Kong trainer Chris So.

Arnel operates Stonehouse Thoroughbreds on 300-acres south-west of Bendigo in Victoria’s Goldfields.  “Melbourne Premier was a soft sale in many respects this year.  But I thought he was worth every penny of $100,000.”

Boost Juice founder Jeff Allis bred the colt by using Vinery sire All Too Hard over a sister to Golden Pendant Gr.3 winner Sharnee Rose and he was purchased at Oaklands by Nick Smart.

“The Ready2Race was a good Sale.  We entered four and sold them all,” Arnel said shortly before flying back home on Monday night.  “Our other All Too Hard colt from Quintessential (Queensland Oaks Gr.1) was knocked down to Gerald Ryan for $115,000.

“I like All Too Hard and my mare Highleigh is due to be covered by him this week.  She’s a winning half-sister to Danleigh and foaled a Starspangledbanner colt last month.”

Arnel is also looking forward to next year’s Melbourne Sale with a yearling colt by Vinery sire Headwater from Umaquest.  He’s a half-brother to two stakes-performers and there could be a third next month.

“I bought him as a foal at Magic Millions National Sale in May and he’s been catalogued in Premier 1.  His older half-sister Alexandra Dreaming won her maiden at Sandown in August and Henry (Dwyer) is nominating her for a stakes race on Melbourne Cup day.”

The pedigree received another vote of confidence at the Ready2Race Sale when the Not A Single Doubt – Umaquest colt sold for $205,000 to Hong Kong.

A third All Too Hard to change hands on Monday was the half-brother to Group 3 winner Ana Royale targeted by Scone Bloodstock for $150,000.  He will be trained by Gary Moore who prepares All Too Hard’s Flemington stakes winner All Too Huiying. 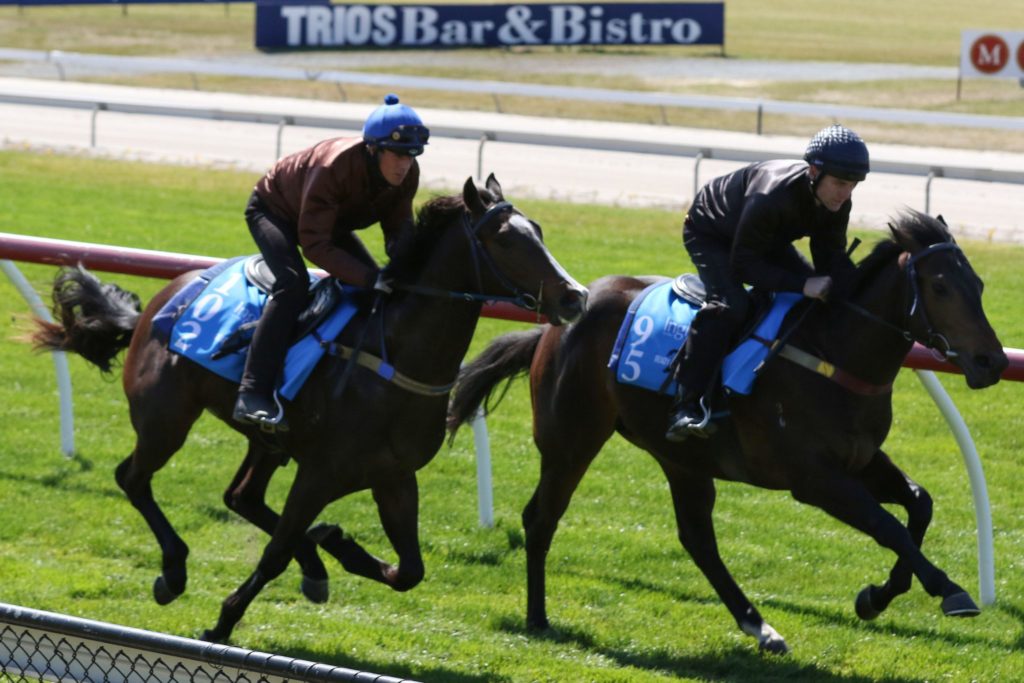 GOLD-PLATED PINHOOK
All Too Hard colt (rails) breezes at Cranbourne