The Gold Coast Magic Millions has a dozen Westspeed bonus-eligible yearlings catalogued during Book 1 which starts on Tuesday, January 11.

Gold Front Thoroughbreds owners Alan and Sue Olive have two fillies on offer through the consignment from Scone-based Cannon Hayes Stud.  They’re on the rostrum early on Day 1 with the Vancouver – Elite Rock (Fastnet Rock) filly parading as Lot 6 and she will bring back some wonderful memories for the Breera breeders.

Back in 2013 at the Gold Coast Magic Millions, the Olives announced their arrival on the national stage with a Fastnet Rock – Awesome Planet colt that sold for $575,000.  They kept a share and the colt, named Awesome Rock, won the G1 Emirates Stakes at Flemington and is carving out a successful stud career with just two crops racing out of Gold Front.

Their Russian Revolution – Belle d’Amour filly (791) goes under the hammer on Day 4.  The dam won a LR Lancaster Stakes in Brisbane and she has a perfect three-from-three record at stud.

Perth breeders Mark and Patricia Chadwick also have a Russian Revolution filly from Fully Chargeable (Charge Forward).  She is being sold through Telemon Thoroughbreds (67) and is a half-sister to Niccovi (Nicconi) who won at Ascot and was runner-up to Jericho Missile in the 2019 RL WA Magic Millions Classic.

Niccovi was trained by Simon Miller and travelled east where she was Stakes placed at Flemington and Moonee Valley.

Yarraman Stud has a Zoustar colt (832) on behalf of Graham Daws and colts by Trapeze Artist (385) and Hellbent (901) in association with Keith Biggs.

The Trapeze Artist – Precious Moment colt was bred by Biggs in partnership with Yarraman’s Mitchell family.  His dam is a half-sister to Castelvecchio and the best of her four Perth winners has been Precious Memories (LR Challenge Stakes). 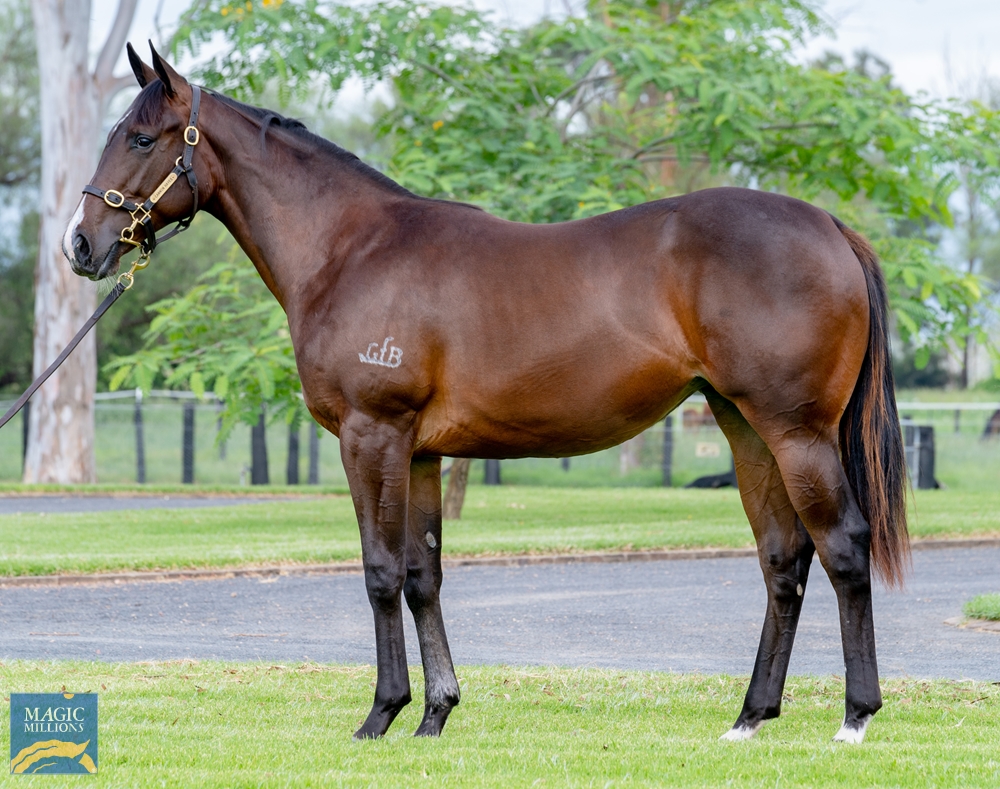