Her stablemate Son Son sent his earnings to $272,000 including Westspeed Bonuses of $84,350 after winning the inaugural TBWA Stallion Tender Scheme Trophy.  He hails from the family of Scenic (Ire) stars Marasco and Grand Nirvana who won numerous feature races in the famed Yellow & Black Maltese Cross colours of Oakland Park’s Neville and Susan Duncan.

Earlier on Saturday, Oakland Park-bred galloper Not To Be Mist landed a last-stride win on his home track in the $130,000 Furphy Festive Sprint (1200m) at Flemington.  He’s a son of former Mungrup Stud sire Danehill Express from Marooned mare Misty Donna and that cross has an 86% strike-rate topped by Stakes winners Properantes and Express Service.

“I have John Bunting and Aaron Mitchell to thank for today’s result,” trainer Nick Ryan explained.  “He cracked a front hoof in the Subzero Hcp last month and John changed his shoes, fitted some pads, and got him right.

“We got the tactics wrong in the ‘Greys Race’, too.  He sat on the speed but is best smothered up and then given a bit of room to finish off.

“Aaron has been doing a lot of work on him at trackwork.  He came here off a very good jump-out at Werribee and we were confident of getting a result for some great connections.”

Not To Be Mist had won a Northam 3yo maiden in December 2018 and developed into a consistent sprinter for Durrant Racing winning five times at Ascot before changing hands as a rising 6yo for $50,000 at the 2021 Inglis June (Late) Online Sale.

Oakland Park-bred filly The Front Bar (Sessions) is also destined for a career in Melbourne following her sale to a syndicate that includes Seymour Bloodstock’s Darren Thomas along with Black Caviar’s part-owners Colin Madden and Neil Werrett.  The exciting 3yo completed an Ascot hat-trick in the Tourism WA Trophy (1000m) last month.

The Front Bar was targeted by bloodstock agents Mark Pilkington and Damon Gabbedy and they brokered the deal with Oakland Park.  “We’re very respectful of the WA form and she’s been on the radar for a while,” Pilkington told The West Australian.  “She will go to the Ballarat stables of Tony and Calvin McEvoy and hopefully perform in high-speed races in the future.” 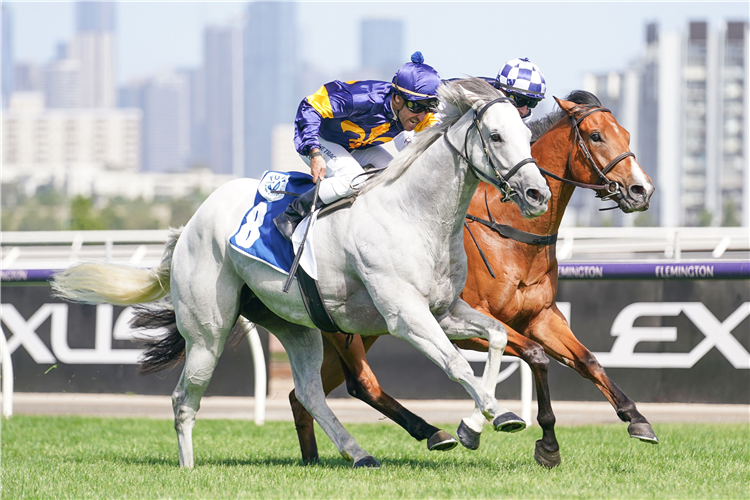 NOT TO BE MIST