Aztec Ruler has rocketed home for a most impressive debut in the Free Entry To Belmont Park 2yo Hcp (1000m).

The Universal Ruler youngster was spotting speedy filly Revitup such a big lead on Saturday that connections would have settled for second deep into the home straight.  “I had written him off but that final 50 metres was sensational,” trainer Steph Vahala said.  “He’s impressed us since Day 1 but went shinny twice.”

Aztec Ruler (2g Universal Ruler – I Love Rubies by Rubiton) won both his trials at Belmont last month and Chris Parnham was keen to stay aboard.  “He was in Sydney during the week but texted me about riding him work on Thursday morning,” Vahala revealed.  “That was a good sign and I’m glad it played out that way today.”

“I inspected him before the Yearling Sale and he looked a bigger version of Universal Pleasure,” Vahala recalled.  “He a lovely, relaxed horse with a beautiful nature so I definitely need more Universal Rulers in the stable!”

Universal Pleasure won four in a row at Ascot and Bunbury last year for Vahala and Andrew Biacsi who is the managing part-owner of the stablemates.

Aztec Ruler is the latest city juvenile winner for Scenic Lodge stallion Universal Ruler this season following Jeanella, Lord Gannicus and Penny on the Queen who was also placed in the G2 Karrakatta Plate.

Vahala and Parnham both believe the winner will be better over more ground next prep.  “He’s a pretty smart animal,” Parnham noted.  “I have a lot of respect for Revitup but he reeled her in comfortably.”

Universal Ruler (Scenic) stands for $6,600 (inc GST) at Scenic Lodge and that’s as good as it gets for a stallion whose yearling sale returns at the 2021 and 2022 Perth Magic Millions have averaged 12 times his service fee. 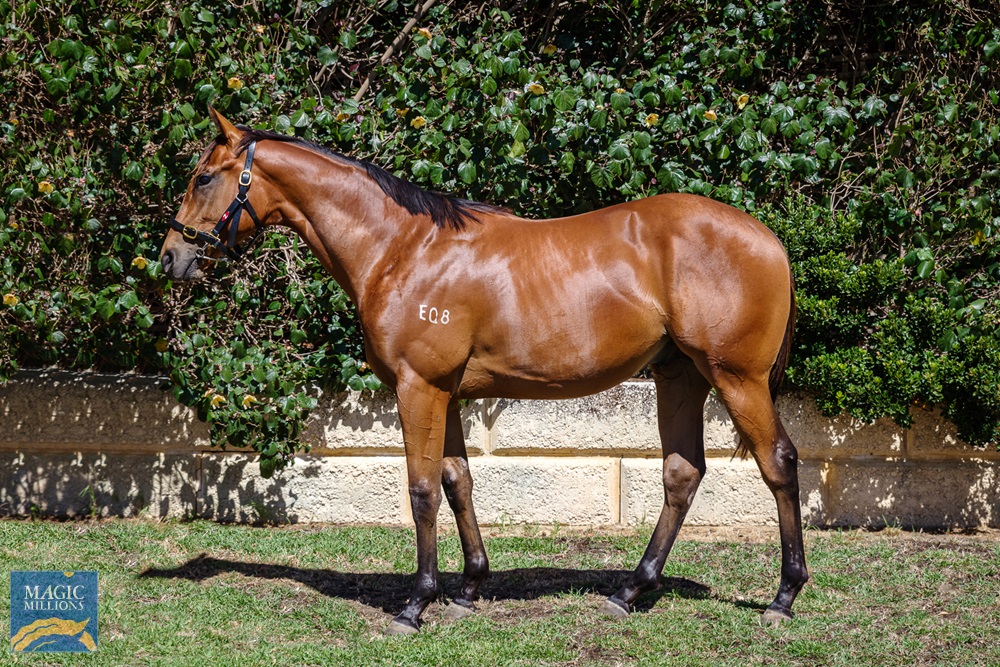