Warwick Farm trainer Marc Connors had been on the lookout for a firm track with his Star Turn filly Starstruck Barbie and he found the right race in the Albury Guineas (1400m) on Friday.

Relishing the Good 4 surface, Starstruck Barbie took the lead for Brock Ryan after 100m and won comfortably from Kelvedon Road (Star Witness) and Riddlero (Bon Hoffa).  She had opened her account in a Gosford maiden on a Good 4 last month but then bogged down at Newcastle on a Heavy 8 three weeks ago.

“She prefers racing on top of the ground and we decided to take a trip down the Hume Highway,” Connors said on Saturday morning.  “It was a strong win and it will give her more confidence.  The prizemoney’s good down there and BOBS on top meant the win was worth $50,000.

“She was a bit tired when we got home last night but she’s fine this morning and will start again in a couple of weeks.”

Starstruck Barbie (pictured) is the latest feature winner by Vinery sire Star Turn from Baramul Stud’s consignment to Book 2 of the 2020 Gold Coast Magic Millions following Me Me Lagarde.  Bred by Gerry Harvey, she’s a half-sister to the winners Happy Halloween (Congrats) and Samantha’s Twitch (Sebring).

Their dam Bewitchment (Encosta De Lago) has a weanling colt by All Too Hard and was bred back to Star Turn on a late cover last year.

“I bought her for $45,000 at the Magic Millions,” Connors recalled.  “She’s related to Stolen Jade who has been a good mare for our family.  She’s a similar solid type – let’s hope she turns out with as much ability.”

Stolen Jade (So You Think) is trained by Marc’s father Clarry Connors and she has won 6 races and $341,490 – the most recent at Canterbury a fortnight ago – on a Heavy 9.

Marc has been active at the yearling sales this year and bought a Headwater filly from Baramul Stud for $30,000 at the Adelaide Magic Millions.  Her dam Perfect Stranger (Red Ransom) is a full-sister to MRC Schillaci Stakes Gr.2 winner Halilbery.

Vinery (as agent) has catalogued a Star Turn – Arctic Success colt (Lot 54) to the Inglis Easter Yearling Sale on Tuesday, April 5.  He’s a half-brother to Press Statement filly Roots who holds a Group 1 nomination for the Queen Of The Turf Stakes (1600m) at Randwick on April 9.

Press Statement made it a double for Vinery sires on Friday’s Albury Cup card courtesy of Toretto who was winning for the third time from his last four starts in the Lexus Of Wodonga Hcp (1500m). 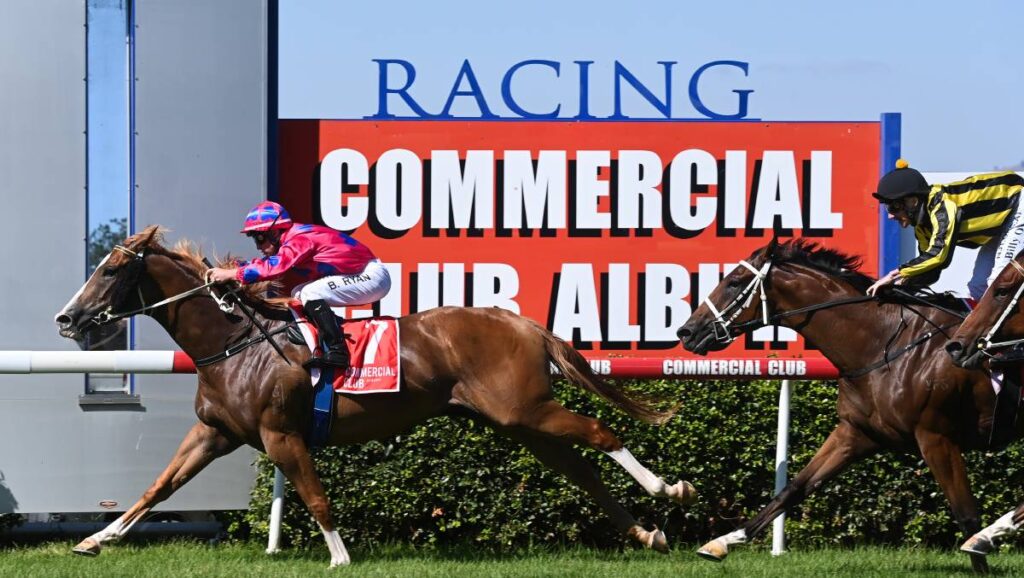