Kim Waugh trained her latest Vinery-sired 3yo winner out of Mahtoum Lodge when Shorebreak broke through on a bleak afternoon at Hawkesbury.

The lightly-raced son of Headwater won a battle of attrition in the Heavy 8 conditions on Thursday.  He settled outside the lead and then countered a wall challenges to win the Go Bloodstock Maiden (1300m).

“Great to see Shorebreak win today,” Waugh said.  “It was just his third race start and he’s still learning the trade.  He transferred over to our stable this preparation and is a big, raw type.  He’s getting better with each run and handling these heavy tracks is a great positive.”

Waugh’s other recent 3yo winners by Vinery stallions include Rock Step (All Too Hard) and Turning (Star Turn).

Shorebreak is a homebred for Pat Hodgens, Mark Malouf, Rob Piper and Vinery’s Bloodstock Manager Adam White.  That partnership also has his unraced 2yo half-sister Covert Witness (Star Witness) on the books with Waugh.

Vinery sire Headwater (Exceed And Excel) is Australia’s winningest stallion among the generation that retired to stud in 2016.  And he continues to maintain a narrow lead over old advisory Spill The Beans on the third-season winners premiership in 2021-22. 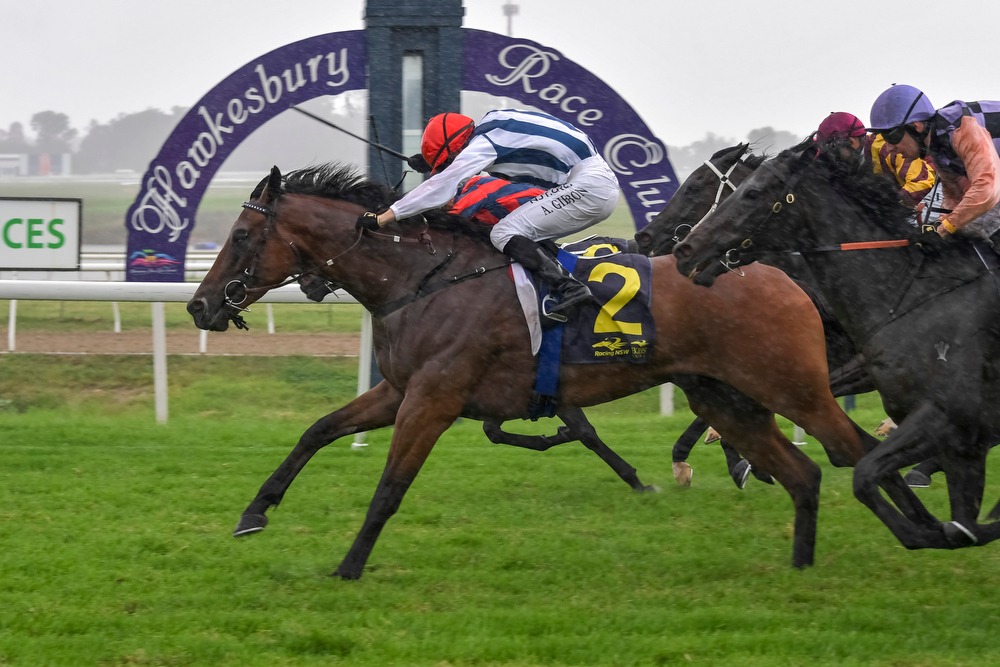