Buyers will be out bright and early when inspections begin for the Inglis Gold Yearling Sale at 8.30 on Wednesday morning.

The Oaklands sales complex will house more than 300 lots scheduled to go under the hammer on Sunday and Monday (May 16 and 17).

Price and the Inglis Melbourne team returned to Oaklands on Tuesday morning after staying over for a think-tank in Sydney on Monday.  The Easter Yearling Sale was an unqualified success and Inglis backed that up with another four sales in eight days at Riverside Stables last week.

“It’s been a very successful sales season and there were lot of ideas discussed about how we can go about improving again next year,” Price said.  “The Gold Sale has gone to another level this season with Group 1 winners Lunar Fox and Media Award both graduating in 2019.”

Lunar Fox (3c Foxwedge – Grant’s Moon by Malibu Moon) was a $40,000 graduate from Kelly Thoroughbreds and the G1 Australian Guineas victory in February sent his earnings past $1million.  He loves Flemington having won the G2 VRC Sires’ Produce Stakes at Headquarters in March 2020.

Sale-based Travis Kelly and his wife Bec are back with 11 lots in Barn B at Oaklands for this year’s Gold Sale.  The highlight will be the Frosted (USA) half-sister to Lunar Fox catalogued as Lot 226.  The Inglis inspection team rates her highly and she will be well-found by buyers on Monday.

“We couldn’t afford to buy top-level yearlings so we decided to start breeding ourselves about ten years ago,” Kelly explained.  “Lunar Fox was passed-in at the 2019 Premier but really furnished by the time we brought him down for the Gold Sale.

Kelly Thoroughbreds has catalogued first-crop colts by Bon Aurum (Lot 26) and Thronium (Lot 107) as agent for Regal Thoroughbreds at the Gold Sale.

There are more than a dozen first-crop stallions represented at Oaklands and, apart from Bon Aurum and Thronium, they include Victorian-based Gold Standard & Overshare (Spendthrift), Highland Reel (Swettenham), Impending (Darley), Inference (Chatswood) and Tosen Stardom (Woodside).

“It’s a great assortment of young stallions from our leading studs and their yearlings represent another fantastic opportunity for buyers and investors to source value,” Price said.  “There is great demand for well-credentialed stock in Australia at the moment and for good reason – prizemoney levels are so strong and the racing industry has never been healthier.

“It’s great fun being involved in racehorse ownership, be it at a high level or having just a small percentage in a cheaper horse and I’ve got no doubt there will be countless success stories emerge from this Gold Sale catalogue in years to come.” 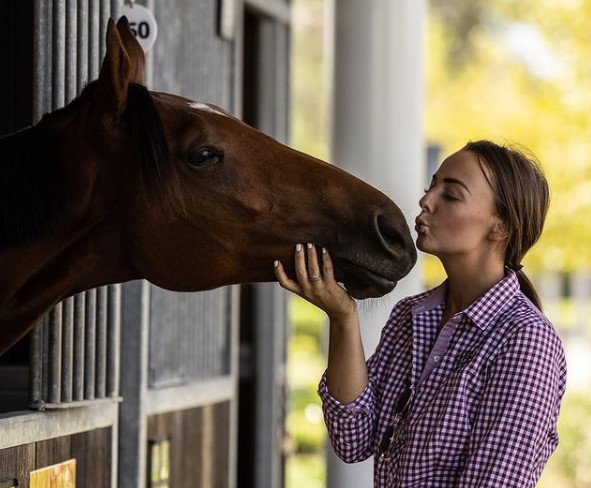